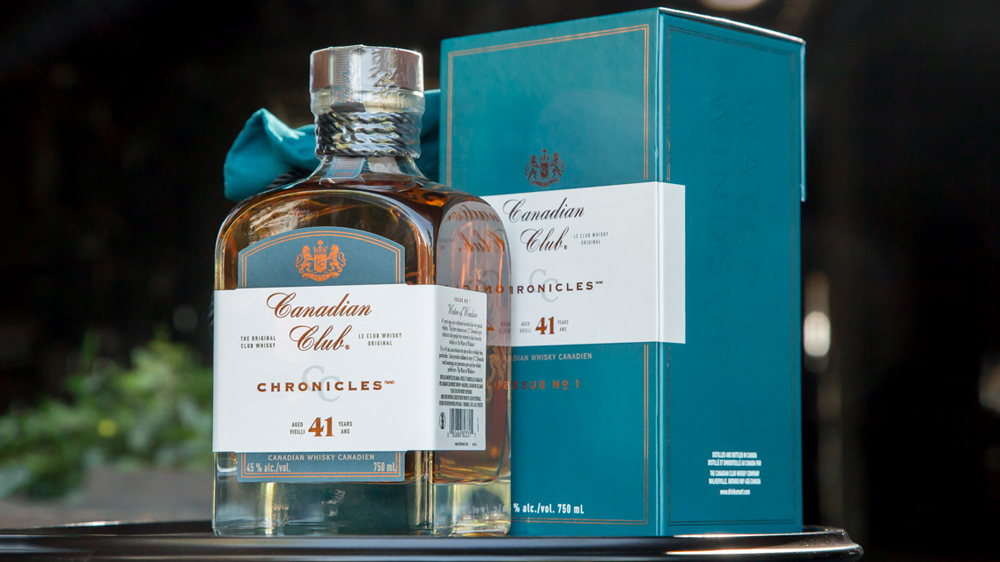 Every whisky has a story to tell. With the spirits business booming and competition more intense than ever, marketing teams are working hard to connect with consumers through identity myths and storytelling. Human beings are wired to enjoy narratives, and these days fledgling booze brands often seek to build awareness by crafting compelling backstories that customers can easily relate to. Not all of these yarns, of course, are spun on the level. Sometimes marketing is just make-believe.

Well, Canadian Club doesn’t need a marketing team, because the venerable brand’s history is simply too rich to be made up. In a nutshell: Hiram Walker founded a distillery in 1858 near Windsor, Ontario, and built an eponymous town for his employees. Yes, he financed an entire town solely for the purpose of making whisky—Walkerville. He had considered moving it across the river to Detroit, but when Michigan went “dry,” Walker decided against it. His “Club Whisky” became so popular in gentleman’s clubs in the States that U.S. producers tried to thwart him by requiring that the word Canada appear on the label. The plan backfired. Turns out, Americans like Canada. This was especially true during Prohibition, when CC, as the spirit is affectionately known, became the most oft-quaffed elixir in America thanks to resourceful importers like Al Capone. And let’s not forget that damn near every one of our grandfathers swore by the stuff. There’s an argument to be made that CC mingled with Aqua Velva and Lucky Strike is the scent of the Greatest Generation.

No doubt, Canadian Club has a great story. The whisky itself, however, has never been anything to write home (or glowing reviews) about—until now. It’s taken nearly 160 years, but the house that Hiram built has finally released a stellar whisky, Canadian Club 41 Year Old ($300). The first in a new series of premium expressions called the CC Chronicles, the 41 Year Old was anointed Canadian Whisky of the Year in the legendary Jim Murray’s 2019 Whisky Bible. And sure, considering the competition, it’s a bit like being named valedictorian at summer school, but why quibble when there’s strong drink in the glass?

The 41 Year Old (aka CC Chronicles Issue No. 1: Water of Windsor) was batched and barreled in 1977, with splashes of sherry and Cognac added for depth and complexity. It’s lighter and smoother than you’d ordinarily expect from a whisky with this much mileage on it, but like the country it hails from, Canadian whisky usually goes out of its way not to offend. The dominant notes on the palate are vanilla, plum, and cedar. It’s sweet, but in a good way. It’s balanced by a slight grassy component that comes courtesy of the rye, and it finishes warm and easy.