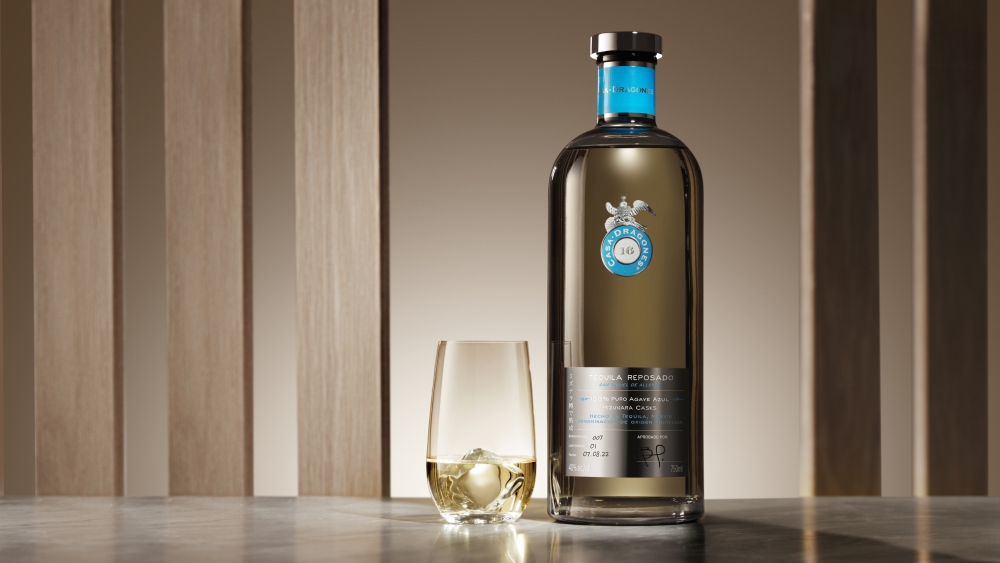 Is there a spirit that hasn’t been finished in mizunara oak at this point? This rare, expensive Japanese cask has shown up everywhere, and the latest example is in the world of tequila with a new reposado expression from Casa Dragones getting into the mizuanara maturation madness.

This is just the fourth expression to be released by Casa Dragones, a brand that has been around since 2009. For the purists out there, let’s get this out of the way—yes, this is a tequila made using a diffuser, which the brand isn’t shy about. A quick look at the website finds language describing this modern method of extracting sugar from the agave by using steam and water, instead of cooking it, as being more efficient and sustainable. But if it’s not for you, that’s not going to change your mind, so let’s move onto the tequila at hand.

This new reposado is said to be the first to be aged in mizunara casks, a notoriously rare, expensive and difficult to work with type of Japanese oak. While mizunara has been used to age Japanese whisky for decades, it’s only recently become a more common finishing wood for other spirits, despite it being leaky, twisty and dry. This tequila was aged entirely in mizunara for up to a year. According to the brand, Casa Dragones first started experimenting with this type of wood in 2018 and has been working with a Japanese cooperage to create new casks with a custom char level. “Innovation is what we like to do best, to explore the possibilities within the tequila category,” said co-founder and CEO Bertha González Nieves in a statement. “Which is why we’re excited to continue our journey of taste with Casa Dragones Reposado Mizunara, rested in a rare Japanese oak that marries beautifully with our tequila. I think that tequila lovers out there and spirit aficionados in general will be very excited to experience something completely different.”

The tequila is a light golden straw color, and on the nose you can pick up notes of grass, agave and a bit of vanilla. The palate is soft with a balanced notes of sweet and spice, a melange of flavors including espresso, oak, citrus and some caramel. The traditional coconut and incense notes that mizunara usually delivers are not so evident here, but there’s some complexity to the tequila all the same. Casa Dragones Reposado Mizunara is available to purchase online now, and with a SRP of $169.99 it’s still less expensive than many Japanese whiskies you can find.