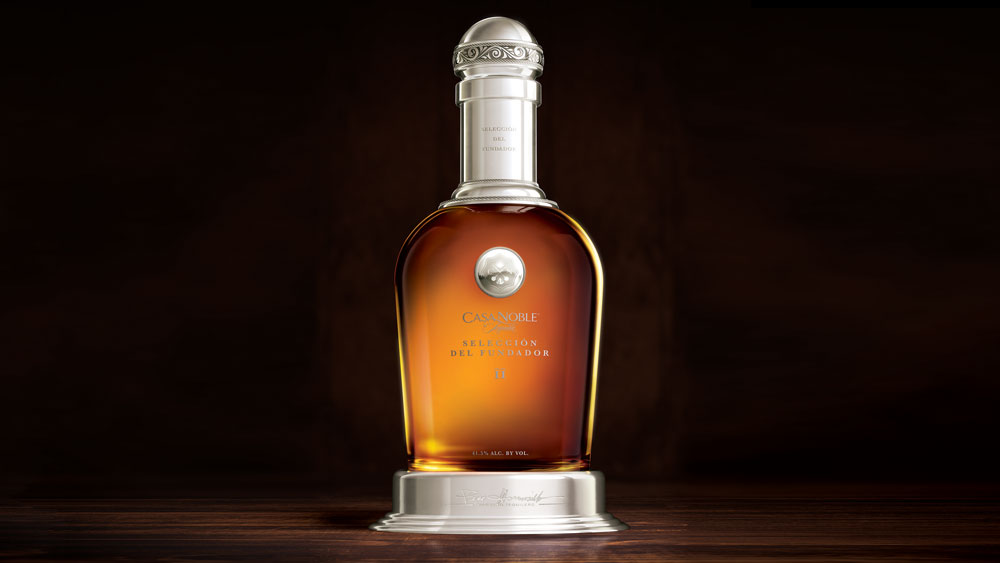 Some 20 years ago, when Pepe Hermosillo first walked the land that would become Casa Noble’s agave fields, he did something few other tequileros in the region were doing at the time—he tested the soil. The plot, nestled against a volcano and surrounded by citrus groves, was as rich in minerals as he had hoped, with an ideal pH for growing agave. The high altitude would stress the plants as they matured, making the piña—the plant’s heart—that much sweeter.

This year, in celebration of planting those first agaves, Casa Noble Tequila released the oldest tequila made from them: Selección del Fundador Volume II ($1,500). Allowed to grow for 12 years—nearly twice as long as most agaves—the plants yielded a juice that was distilled three times before aging for 8 years. Hermosillo gave the choice of barrels for the extra añejo as much attention as the land, calling in examples from Eastern Europe, Scotland, France, and the Southern United States. “I wanted a barrel that would complement rather than compete with the tequila,” he says.

He chose a new French-oak cask that was made by Taransaud coopers and hewn from 200- to 250-year-old trees in a forest north of Bordeaux. “It’s a very straight tree, 100 feet tall,” Hermosillo says. “The ground shakes when it falls and the scents of the forest and the wood come to life. Later, it is toasted using leftover bits of that same wood so as to not introduce any other flavors to that barrel.”

That purity, as well as its small pore size, helps the tequila’s aroma and taste to develop with less influence from the wood. The resulting spirit—of which Casa Noble produced only 300 bottles—reveals white-flower and white-pepper notes, some minerality, and even hints of black cherry in the glass.