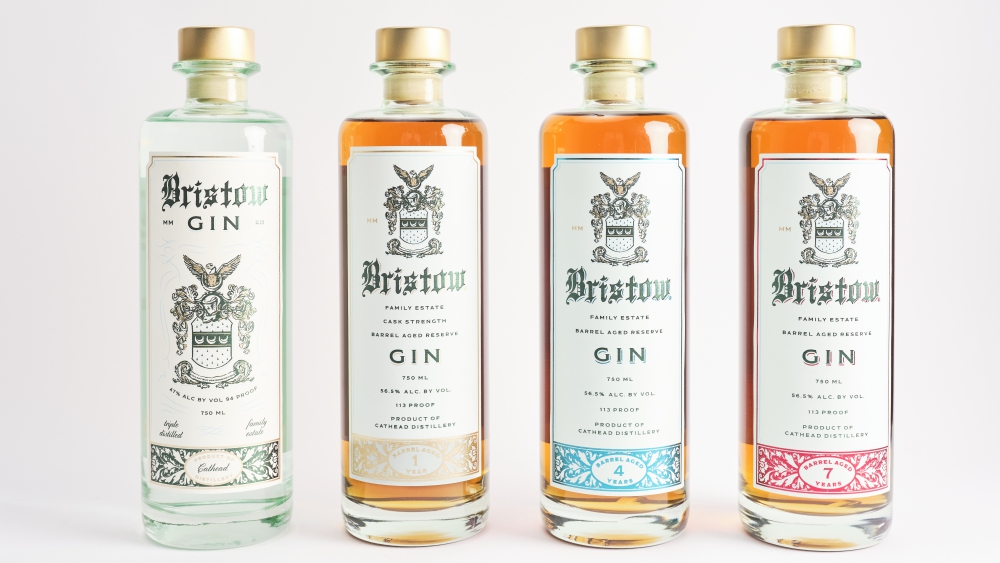 Barrel aging just kind of makes everything taste better. While gin is not generally thought of as being a spirit that requires maturation, Mississippi’s Cathead Distillery just released three new aged expressions that should appeal to whiskey drinkers, and one of them is older than many bourbons you’ll find on the shelf.

Obviously, whiskey is associated with barrel maturation, but rum, cognac and tequila also spend some time getting to know the inside of a cask, and coffee, hot sauce and maple syrup can all become a little more flavorful after some quality wood time. Cathead decided to apply the same theory to its clear botanical spirit. It was founded in 2010, becoming the first legal distillery in Mississippi. The Jackson-based operation currently produces vodka, bourbon (a mix of sourced and in-house distilled), liqueur and gin. The distillery’s Bristow Gin was previously available as a Reserve expression aged for a year, but there are now four- and seven-year old versions, all aged in new American oak in the same terracotta and brick rickhouse as the distillery’s bourbon. The base spirit for the gin is Cathead Vodka, made from a “sweet grain corn” mash bill and charcoal filtered six times. Eleven different botanicals are macerated in the spirit for flavor: juniper, angelica root, cardamon, cassia bark, clove, coriander, hyssop, licorice root, lemon verbena, sweet orange peel and bitter orange extract. Then the magic of barrel aging begins.

The 1 Year has subtle oak notes but the botanical character of the gin still shines through strongly, according to the tasting notes, and it’s bottled at cask strength of 113 proof (that’s pretty high for a gin). The 4 Year is where things start to change, with more whiskey-focused notes of vanilla and caramel. The gin was stronger at cask strength after a few more years maturing, so it was proofed down to 113. Finally, the 7 Year presents more as a whiskey than a gin, according to the tasting notes, with juniper playing second fiddle to oak, vanilla and caramel flavors. This too has been proofed down to 113.

Barrel-aged gin is still an unfamiliar category to many people, and it’s not always easy to figure out how to use this type of spirit. So Cathead co-founder Richard Patrick has some advice to offer. “For the 1-year, its subtle oak notes make it a great fit for cocktail applications—especially in recipes that lean toward cool weather months like an Old Fashioned or a Manhattan, for example,” he told Robb Report. “For the 4- and 7- years, we recommend they be enjoyed neat or with a single cube to experience the full nuances of the spirits.”

While the Bristow Barrel Aged Reserve 7 Year is certainly one of the oldest barrel-aged gins you can find, it’s not the only one out there. Salt Lake City’s Beehive Distilling has a similarly aged gin, for example, which was matured in charred French oak barrels. But many in this category are aged for just a few months, maybe a year at the most. While the point of Bristow Barrel Aged Gin might not be to explicitly entice whiskey drinkers, these new bottles are sure to encourage the gin-curious to experiment.