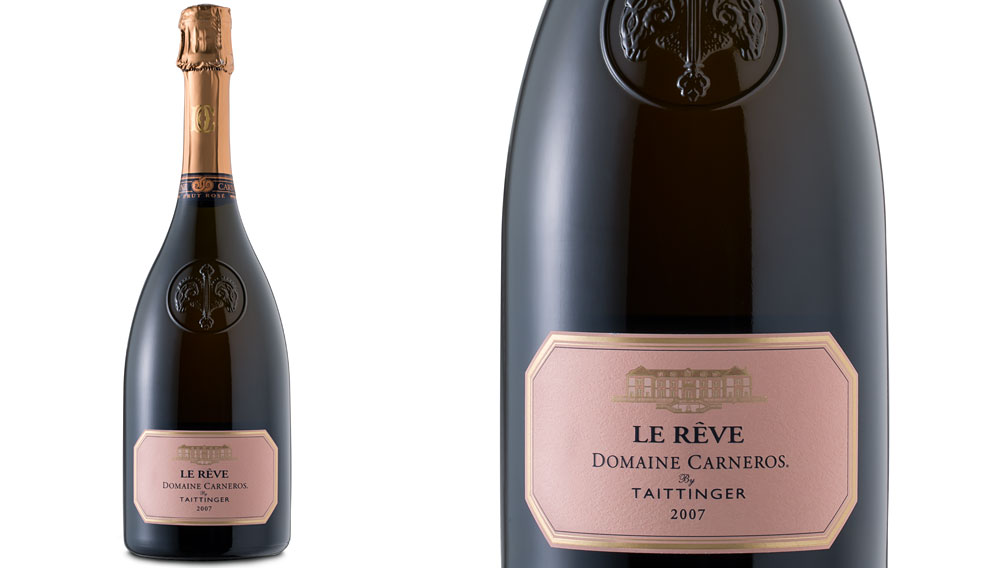 Like its sweeping 18th-century-style château, which is inspired by Château de la Marquetterie in the Champagne region of France, Domaine Carneros seeks to integrate the terroir of the lower Napa Valley with the French sensibilities and savoir faire of the Taittinger family, who established the unique property in 1987. The vision of Claude Taittinger, the founder, was to produce uniquely Californian sparkling wines using the French méthode champenoise. Emphasis was initially placed on Chardonnay: The estate’s premier wine, the much-lauded Le Rêve Blanc de Blancs, comprises only white grapes. But one of the most astonishing achievements of Eileen Crane, Domaine Carneros’s CEO and winemaker, is its sister wine, which contains roughly 50 percent Pinot Noir. Domaine Carneros by Taittinger Le Rêve 2007 Rosé, only the fifth vintage to be produced, has a delicate, pale-copper color that belies the intensity of its bouquet and palate of ripe peach, apricot, white strawberry, and marmalade essences. ($110) www.domainecarneros.com