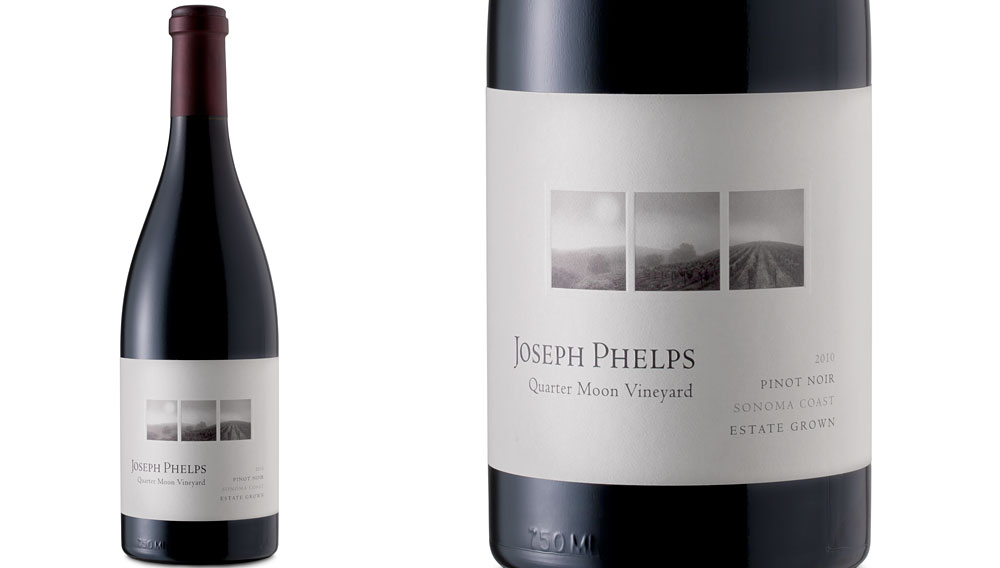 When Joseph Phelps came to the Napa Valley as a construction executive in the late 1960s to oversee a major project, he did not realize that the venture would ultimately lead to a change in career and, not long afterward, a new chapter in the history of the region. In 1974 he completed construction of his own winery on a former cattle ranch near St. Helena and made his first wines there, which included the first vintage of Insignia. Up until that time, Napa’s reputation had rested primarily on Cabernet Sauvignon, but Insignia’s seductive and refined blend of this signature grape with other Bordeaux varietals revealed a more sophisticated side of California’s terroir. The Phelps family brings this same high style to neighboring Sonoma County with its Freestone Vineyards facility, where the Joseph Phelps 2010 Pinot Noir Quarter Moon Vineyard is produced. Silky in texture, the wine has a bouquet laced with notes of attar of rose, dried cherry, and espresso. The bright acids enliven its complex flavors of fresh cherry, pomegranate, cardamom, cinnamon, and anise. ($75) www.josephphelps.com