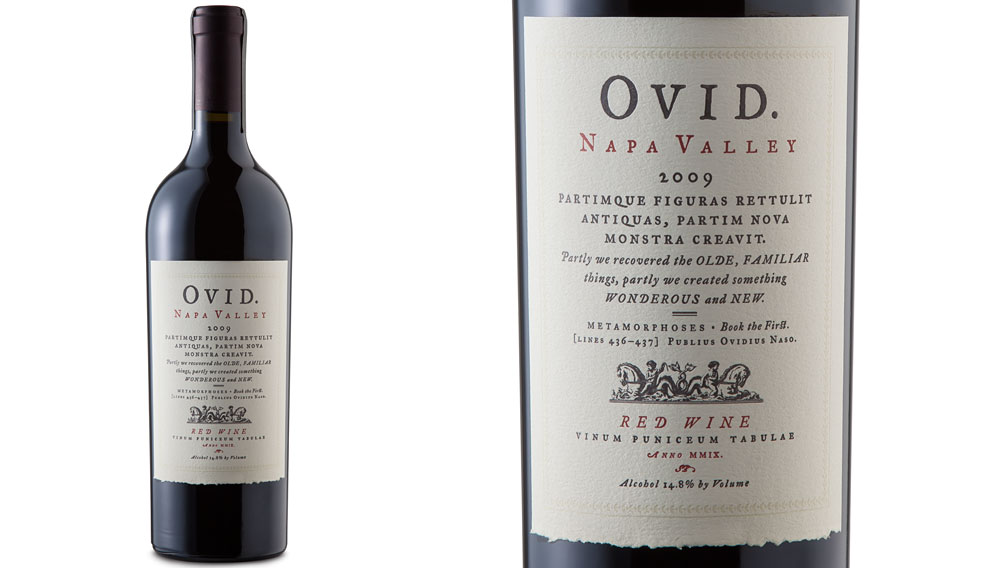 “Time, motion, and wine,” the Roman poet Ovid wrote, “cause sleep.” One modern admirer of the author of Metamorphoses, however, might argue the opposite—that wine, at least, or the making of it, usually causes a lack of repose. The classicist Mark Nelson and Dana Johnson, a library-sciences expert, underwent a metamorphosis of their own in 1998, when they sold their company, Ovid Technologies, and bought a 14-acre parcel in the Napa Valley’s Oakville region. With the aid of winemaker and managing partner Janet Pagano, head winemaker Austin Peterson, consulting winemaker Andy Erickson, and vineyard manager David Abreu, they transformed the acreage into the source of several of the region’s most poetic offerings. The Ovid 2009 Napa Valley Red Wine—a blend of Cabernet Sauvignon, Cabernet Franc, Merlot, and Petit Verdot—is as finely constructed and beautifully layered as a couplet of verse, revealing rich, dark fruit restrained by earthy notes of cocoa, graphite, and granite. ($195) www.ovidwine.com