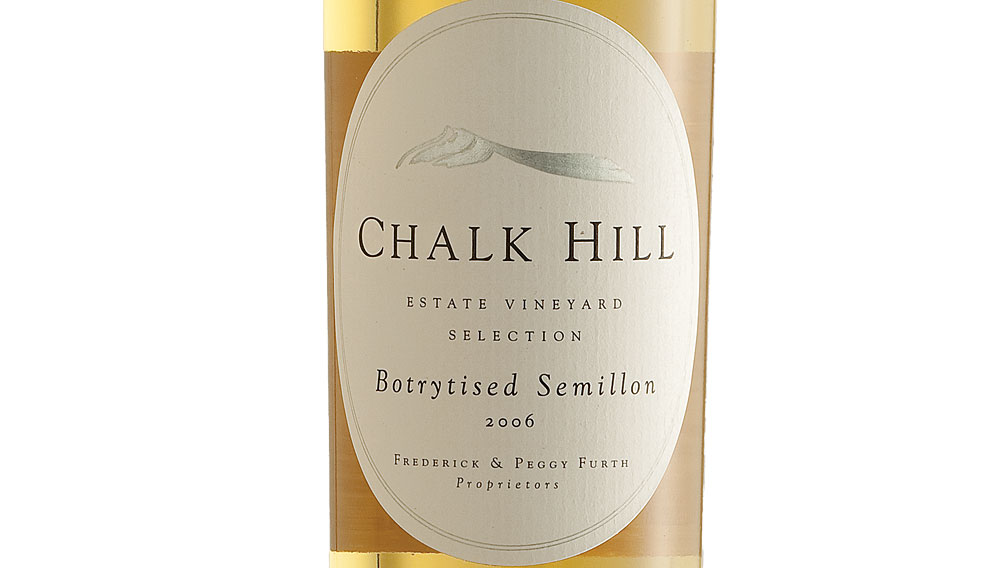 In an earlier career, Chalk Hill Estate—a staple in Sonoma’s wine country for decades—was one of the region’s first resorts. John Rich settled the land in the mid-19th century and, with his wife, Sarah, began to cultivate its fields and wooded hillsides along the Russian River. Among the farm’s many assets were natural hot springs that, when Sarah found herself widowed, became the focal point of a promising enterprise, the Glen Valley Resort. With her second husband, Lorenzo Latimer, she developed a retreat around these healing waters, which attracted the well-heeled denizens of San Francisco. Today, Chalk Hill Estate, owned by the Furth family since the 1970s, offers restoratives of another kind in the form of its fine wines. Well known for its remarkably consistent and beautifully balanced Chardonnay, the estate also produces exceptional late-harvest Sémillon. The Chalk Hill 2006 Estate Vineyard Selection Botrytised Sémillon (www.chalkhill.com, $80 per 375 ml) is an elaborate confection of apricot preserves, lemon cream, and caramel flavors that a master pastry chef could not have constructed more perfectly.