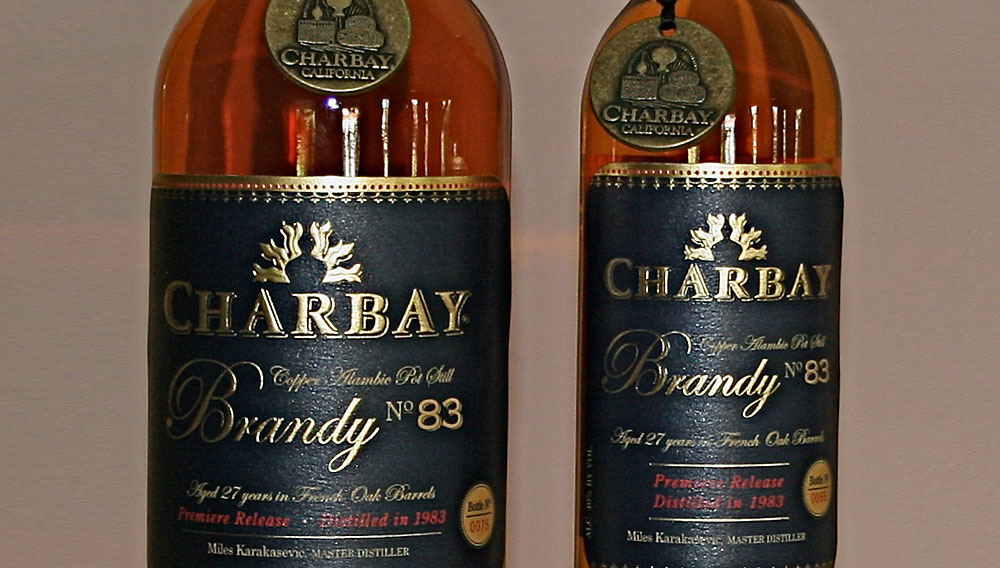 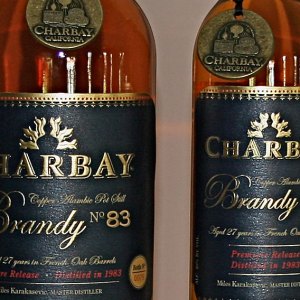 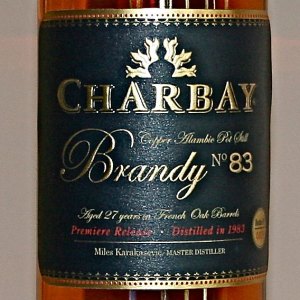 Unlike Cognac, which must be made in the Cognac region of France, brandy can be made anywhere. Still, it is pleasantly surprising to discover that one of the newest and most complex brandies comes from Napa, California, an area normally associated with wine. Even so, this is not a typical California brandy. It was created by Miles Karakasevic, a 12th-generation Yugoslavian distiller who established his privately owned Charbay distillery in Mendocino in 1983. Although Karakasevic has gone on to distill everything from rum to tequila at Charbay, his first venture—after graduating as distiller and winemaker from the University of Belgrade and working at numerous California wineries—was this brandy. Hence its name: Brandy No. 83 ($350 for 750ml; $185 for 375ml), as it was distilled and put into French oak barrels in January 1983.

On November 8, 2010, it was finally bottled at 80 proof. Double distilled in an alambic charentais pot still brought over from France, and using rare Folle Blanche wine as its base, this 27-year-old limited-edition artisan brandy is interwoven with cherries, chocolate, citrus, and marzipan with an underlying hint of walnuts. A classic brandy from a classically trained master distiller, it is available only directly from the Charbay Still House in St. Helena, California. (www.charbay.com)