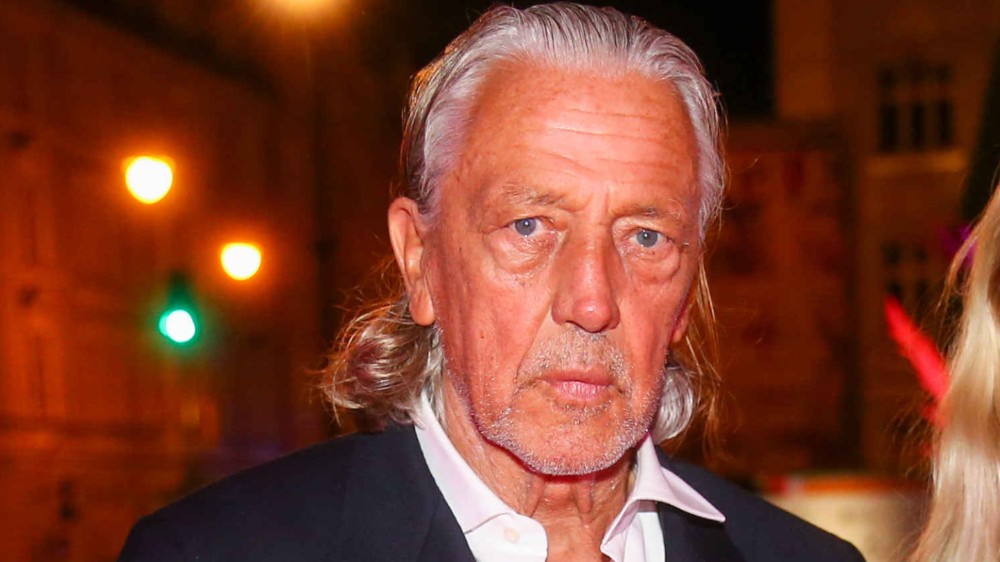 Last week, famed bartender and bar owner Charles Schumann was fêted with the “Industry Icon” award at the World’s 50 Best Bars ceremony in London. On Tuesday, less than a week later, Schumann announced he would return the award after a fierce backlash over his past sexist comments.

The annual honor is a career achievement award meant to celebrate figures who’ve helped change the spirits industry. (Last year’s winner, the late John Lermayer, was instrumental in transforming Miami into a cocktail destination.) But the decision to present Schumann with the award was met with derision throughout industry because of his past comments about a woman’s role in the bar. The German bartender was previously quoted as saying, “A bar is no place for a woman. The important characters are always men.” Given a chance to walk back that comment in a 2009 interview with the Japan Times, Schumann dug his hole even deeper, saying, “I say they can come, but they are not wanted.”

The bar community did not forget those old chestnuts. As news of the award spread last week, bars from around the world voiced anger and disappointment with the choice. San Francisco’s Trick Dog, which came in at No. 42 on this year’s list, slammed the World’s 50 Best Bars for honoring Schumann on Instagram, writing, “We would like to be proud of this award, but cannot claim to be while the list of recipients does not resemble the full array of hospitality professionals who we respect, honor and revere.”

Speed Rack, an international cocktail competition that celebrates female bartenders, criticized both Schumann and the World’s 50 Best Bars in a post on Facebook. “To us, an industry icon paves the way forward for our community, fostering inclusivity and making waves that drive ripples of change in its wake,” co-founders Lynette Marrero and Ivy Mix wrote. “Schumann’s actions certainly have not demonstrated that”. The co-founders did not respond to a request for further comment.

The outcry appears to have succeeded. On Tuesday, Schumann used the Facebook page of his Munich bar, Schumann’s Bar Am Hofgarten, to announce he would be returning the prize because of the backlash. “In light of the controversy surrounding my person and the awarding of The Worlds 50 Best Bars Industry Icon Award 2019, I am hereby returning the award,” he wrote. “I don‘t want it anymore.”

In a post earlier in the day from the same account, Schumann said that it hurt that his comments had been “so misunderstood” and attempted to apologize. “I have never doubted that women could be bartenders,” he wrote. “Of course, women belong in front of and behind the bar. I am truly sorry that my statements were misleading and insulting to members of our bar community.” When reached for comment on Thursday, a representative for Schumann told Robb Report that the bartender wouldn’t be commenting on the matter further.

In a statement to Robb Report, the World’s 50 Best Bars confirmed that the organization would accept the return of the award: “The World’s 50 Best Bars has taken the decision to accept the return of Charles Schumann’s Industry Icon Award 2019 and confirms that there will be no Industry Icon this year.” The organization also said that the decision to honor Schumann was made by a panel of industry experts who had been asked to take into consideration a bartender’s contributions to the field throughout their entire career.

Despite vetting the choice, the organization claimed it was unaware of Schumann’s comments. “50 Best takes final responsibility for awarding the winner based on the number of votes cast,” the statement continued. “It does have a vetting process in place for its awardees, although on this occasion it was unaware of these historical comments made by Mr. Schumann.”

Amid the controversy, some in the bar community are not satisfied with the return of the award, and are calling for greater transparency about the judging panel that decides the winners of the World’s 50 Best Bars awards.

Hannah Lanfear, a co-founder of The Mixing Class spirits school, told Imbibe that, “Although [Schumann’s] comments are reprehensible, I believe the responsibility here lies with 50 Best. Retracting the award (after Schumann returned it) is not good enough… Who voted for him? Where are those people now? The last published voting panel featured 35 women (out of 334). Transparency is essential for a trusted and fair system.”

In an email response to Robb Report, World’s 50 Best Bars did not provide a requested gender breakdown of this year’s judging panel, saying only that it was made up of “over 500” judges. The organization announced, however, that the panel for the 2020 awards will now have “a 50/50 gender split.”

The organization also explicitly apologized for honoring Schumann, writing, “50 Best would like to take the opportunity to say sorry for the hurt caused by our announcement of Charles Schumann as Industry Icon 2019. As an organization, 50 Best absolutely condemns misogyny, marginalization and sexism of any form.”