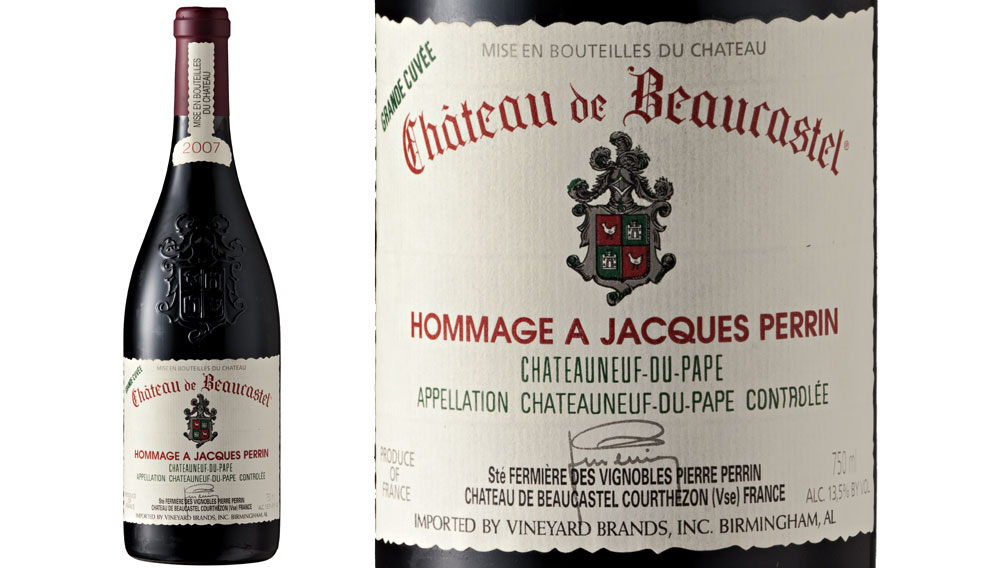 In the mid-1500s, the Beaucastel family acquired lands in the Rhône that remain a part of this storied wine estate, which produces highly regarded Châteauneuf-du-Pape. In the early 20th century, one Pierre Tramier purchased the property, leaving it in the charge of his son-in-law, Pierre Perrin. This blend—produced from a selection of best blocks of the vintage and certainly one of the greatest wines of the Southern Rhône—is named for Pierre’s son, who managed the estate until 1978. ($620)