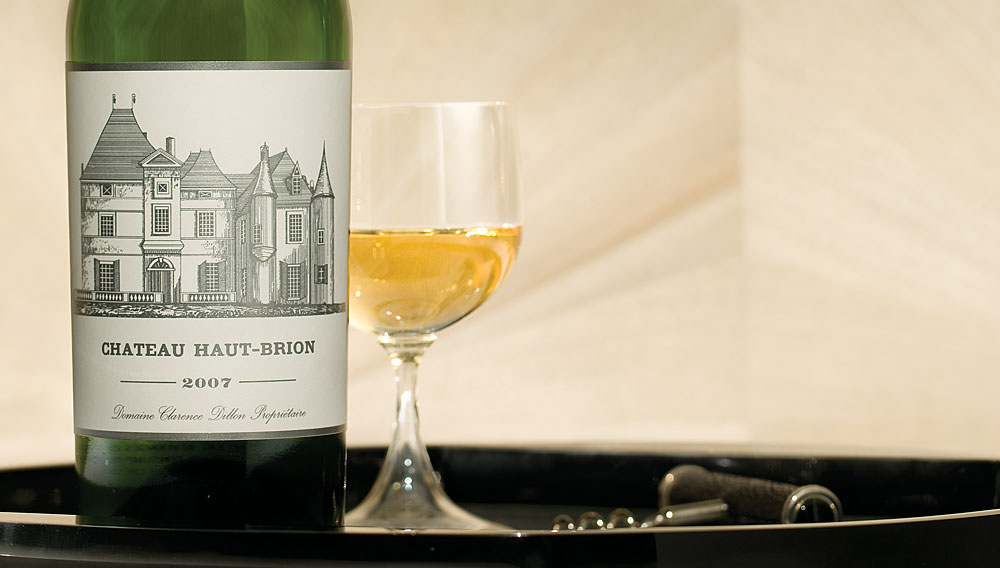 Good fortune has attended Château Haut-Brion since 1525, when Jean de Pontac became its owner upon his marriage to Jeanne de Bellon. A member of parliament and by all accounts a man of boundless energy, Pontac, who lived to be 100 years old, built his château on the least favorable site for growing grapes and—either by chance or calculation—planted vineyards only on the land best suited to that purpose. This providential arrangement explains the high praise accorded to the wines that—throughout the 17th century and even into the 18th—would be known primarily by his name. The English and the Dutch organized import industries around the sale of the popular Pontac wines, which specially built transport ships, known as flûtes hollandaises, carried north to thirsty imbibers. When Louis-Napoléon ordered the classification of the wines of Bordeaux in 1855, Haut-Brion, located in the Graves region, was the only estate outside of Médoc designated as a first growth, thanks in large part to the exorbitantly high price tags attached to its wines.

Although the château’s reputation rests on its red wines, its less famous white wines are far rarer. Almost 120 acres on the estate are planted to red Bordeaux varietals, while just over seven are devoted to the cultivation of Sauvignon Blanc and Sémillon. Seldom are more than 800 cases of white wine made. Those who have sampled this pale nectar often bemoan its scarcity—a particular problem with the superb 2007 vintage (approximately $750), which yielded significantly fewer cases than did 2006. But if quantity is lacking, quality abounds in this blend of 55 percent Sauvignon Blanc and 45 percent Sémillon. The aromas are a warm and tropical mingling of pineapple, peach, and apricot, while the dense, unctuous texture coats the palate like clover honey. All of this generous sweetness is balanced by fine acidity, which gradually dissolves on the long, perfect finish.