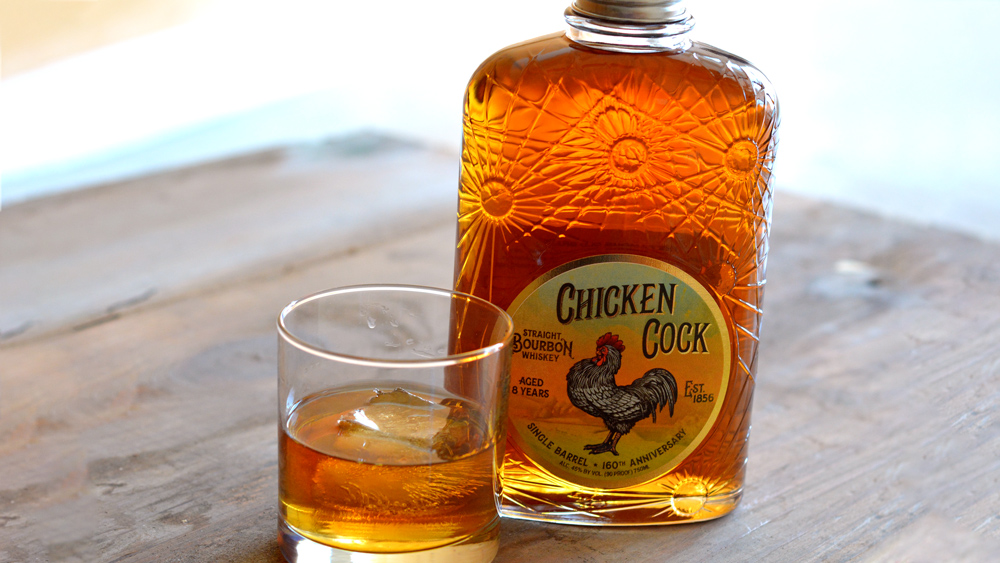 Despite its rather colorful name, Chicken Cock is a whiskey with a provenance and certain degree of exclusivity. The bourbon was first distilled in 1856 and reportedly poured as the house whiskey at Harlem’s Cotton Club during the Prohibition. Duke Ellington is said to have written about it in his memoir, calling it “the brand that was served in a tin can,” referring to its disguise when it was smuggled back into the country from Canada.

In the 1950s, a fire at the distillery in Paris, Kentucky, halted production of Chicken Cock until Matti Anttila at Grain & Barrel Spirits acquired the rights to the name in 2012. Initially, Grain & Barrel focused on flavored whiskey before making the switch to bourbon and rye in 2016. Cheaper, NAS expressions of Chicken Cock were released at that time: Bootlegger’s Reserve, a rye, and Heritage Reserve—a bourbon.

The brand has added a new elevated expression of bourbon with the release of its 160th Anniversary Single Barrel whiskey in June. It is distilled at MGP in Indiana, based on a recipe that Anttila says is consistent with its last-known mash bill—70 percent corn, 21 percent rye, and 9 percent malted barley—which is unique to this particular Chicken Cock release. It’s aged for at least 8 years in Kentucky in new charred American-oak barrels. At 90 proof, it’s a smooth-sipping bourbon, with caramel and raisin on the nose and honey, dried cherry, and a touch of oak on the palate. There are only 30 barrels of the liquid, with bottles available exclusively online for $95.

Anttila says Grain & Barrel is currently “doing forensic research into pre-Prohibition samples to discover more mash-bill examples from the original brand makeup.” This could eventually lead to other new Chicken Cock expressions. Until that time, enjoy this replay of whiskey history.