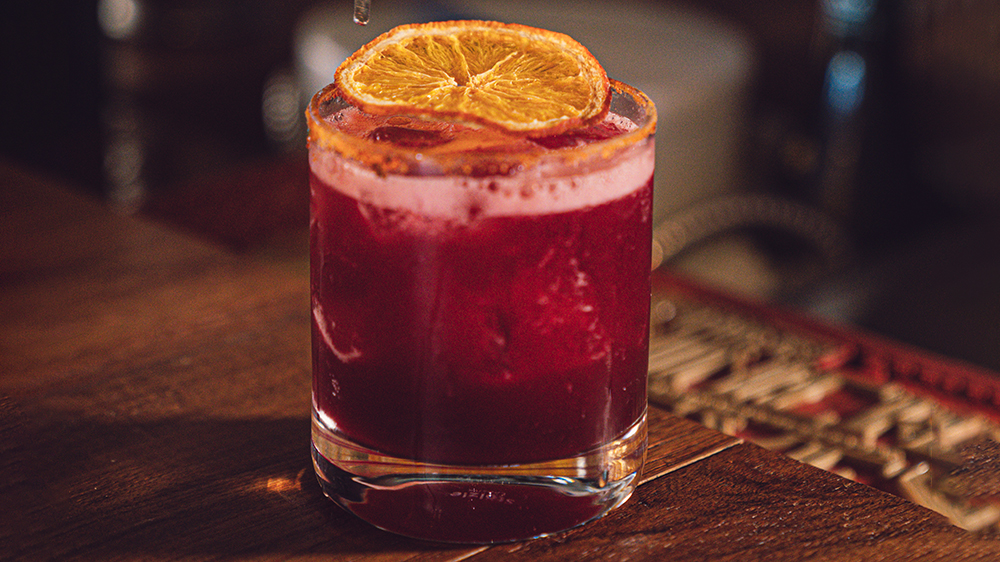 The trend has been around long enough that you’ve probably had a farm-to-table cocktail, and you may even have had a good one. But you’ve never quite experienced the ne plus ultra of a “locally sourced” mixed drink until you’ve booked a ticket to the mangrove jungle of Rosewood Mayakoba and its new open-air cocktail bar, Zapote. Furnished by La Metropolitana, the Mexican design firm that finessed Noma, in Copenhagen, it’s a warm, relaxed workshop in which bartenders source Yucatán ingredients from the on-site garden and use them in drink recipes as meticulously complex as French cuisine.

Inside the Zapote Bar.  Courtesy of Rosewood Mayakoba

Each cocktail is named for its main regional ingredient. The Mamey, after the amaretto-flavored fruit that grows on zapote trees, uses rums flavored for 24 hours with pineapple, lime, mamey, mamey seeds, sugar and spices. “Then we add milk,” says chef Juan Pablo Loza, Rosewood Mayakoba’s director of culinary operations, who spent six years conceiving and building Zapote. “You’ll never taste it, but it clarifies the liquid. Then we let it drain for 12 hours in a coffee filter and, finally, serve it over pineapple-and-mamey ice cubes,” ensuring that the drink becomes more flavorful, rather than watered down, as the frozen bits melt. Even traditional cocktails like the Negroni get a regional spin; rather than aging the drink in oak or clay barrels, Loza pre-batches the gin, vermouth and Campari in glass and steeps the cocktail with pieces of zapote wood.

If you get the chance, snag a seat at one of the handmade volcanic-stone tables, munch on some of the house-pickled local jicama and radish, order a Mayayo—artisanal Katún gin from Yucatán, sour orange, guava and lemon leaves—and tell them julesajo’ob (that’s Yucatecan Maya for “cheers”) from us.