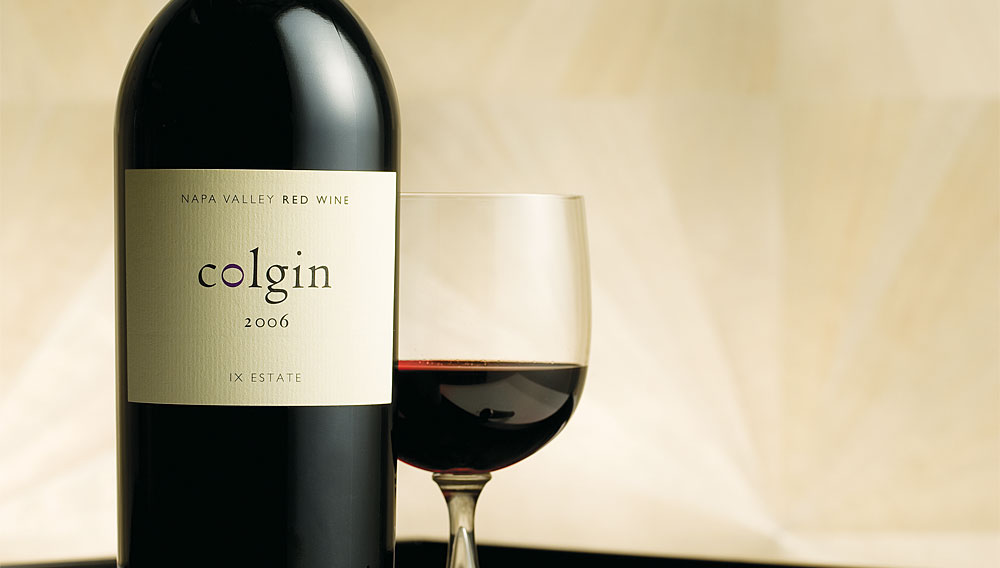 Ann Colgin has a talent for making happy discoveries. “My first love was art,” Colgin recalls, “but it was through the auction world that I came to the wine world. I went to work for Christie’s in New York, and my mentor there was one of the guest auctioneers for the Napa Valley Wine Auction in the ’80s. That was how my love of Napa Valley was nurtured. So it’s been a long odyssey to finally have this fabulous winery up at IX Estate.”

The property to which Colgin refers is the nearly 125-acre estate on Pritchard Hill that, in 1998, with the advice of her then future husband, investment banker Joe Wender, she acquired from the David Arthur Long family. Just as she had come to wine through art, she had come to meet Wender through wine—at a 1997 dinner at Spago for Burgundian luminary Henri Jayer. “Joe was there because he was quite the French wine lover,” says Colgin. “I was there with some of my clients, one of whom was his friend. We ended up together at the valet car park at the end of the evening.”

The rugged acreage on Pritchard Hill was not the first vineyard land that Colgin had purchased since launching Colgin Cellars in 1992. Although the wines she made in rented cellar space using fruit from the Herb Lamb Vineyards had secured her label’s reputation for producing some of the most coveted Cabernet Sauvignons in California, her first property was Tychson Hill, which, appropriately, had once belonged to Napa’s first female vintner, Josephine Tychson. But the IX Estate on Pritchard Hill—originally known as parcel number 9, a lucky number for Colgin and Wender, who married on September 9, 2000—would serve as the site for a state-of-the-art winemaking facility and 20 acres of prime vineyards.

With the 2006 vintage, IX Estate has come into its own. This massive, complex, and spectacularly unpredictable Cabernet Sauvignon–based blend ($290) begins on an intensely fragrant note of blackberry and violets that leads the taste buds to anticipate a rush of ripeness. Yet on the palate, the wine changes key, offering smoky essences of oak, mocha, cumin, and clove. The flavor profile has more twists and turns than a Hitchcock thriller—and Colgin would have it no other way. “Great wines, like great films, take you some place beautiful,” says Colgin. “In the case of the Colgin 2006 IX Estate Cabernet Sauvignon, it’s our hilltop property on Pritchard Hill; and in the case of my favorite Hitchcock film, To Catch a Thief, it’s the French Riviera. What I love about the film is how seductive it is. Wine can be similarly seductive. While many can be beautiful on the surface, a truly great wine is constantly evolving, often only revealing its true nature to those willing to give it the time, attention, and thought required to scratch below the surface.”