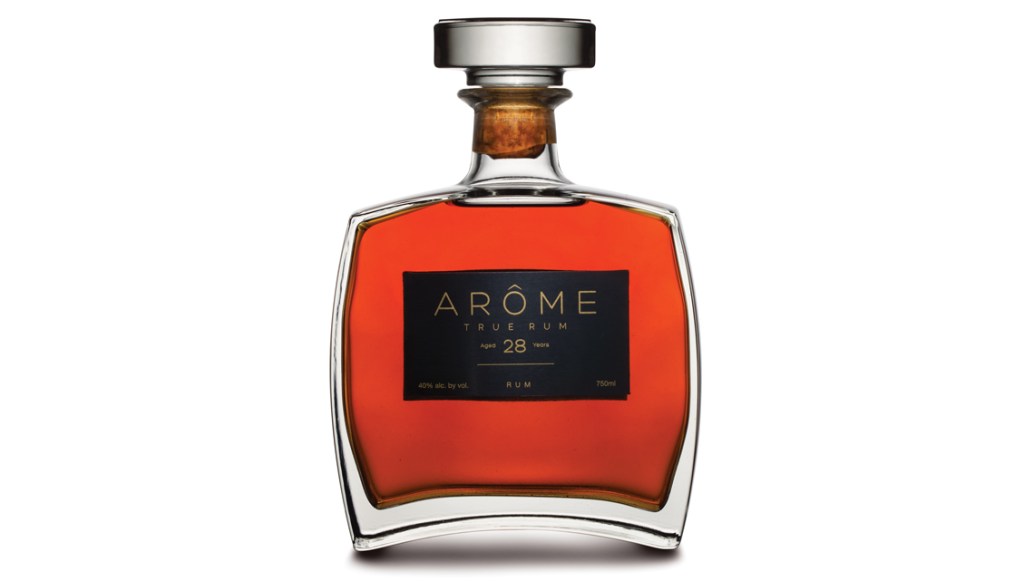 Entrepreneur Andrew Troyer’s appreciation for superior craftsmanship launched his career selling exotic automobiles and brokering yachts in Florida. “Even at a very young age,” he recalls, “I had a discerning eye for fine things.” More recently, this passion put an additional turn in Troyer’s professional path when, after debating a friend on the subject of top-tier spirits, he determined to make a sipping rum that met his—and his friend’s—high standards.

“I did a fair amount of traveling, visiting distilleries,” Troyer recalls. “Early on, I met a rum maestro for Havana Club and a global rum ambassador. He was able to help connect the dots.”

Troyer ultimately chose to make rum in what he calls the “Cuban orthodox style”—though in fact, his first release, Arôme 28 (rumarome.com, $595), was crafted in Panama. This dark-bronze spirit comprises an undisclosed number of component rums from the same batch, aged for a minimum of 28 years in ex-American bourbon barrels. As the name suggests, the blend is powerfully aromatic, exuding not merely scents of banana, toffee, and nutmeg but also traces of old leather, coffee, and black walnut. Yet the smooth texture, which coats the palate in its silky warmth, sets this pour apart.

Arôme 28’s opulence is reflected in its packaging, as is Troyer’s fascination with motorcars. The decanter displays subtle curves reminiscent of a windshield; the engraved, numbered metal label on the decanter was inspired by Mercedes-Benz’s AMG models; and the white-and-red stitched leather box takes style cues from both Bentley and Ferrari interiors.

Like these vehicles, this finely tuned spirit is limited in production: Troyer made only 500 bottles. However, he is currently planning his next release. “We’ve already started working on a 35-year-old, which would be a single barrel without any blending,” he says. “But that would be 25 or 50 bottles—so, again, ultra-limited.”