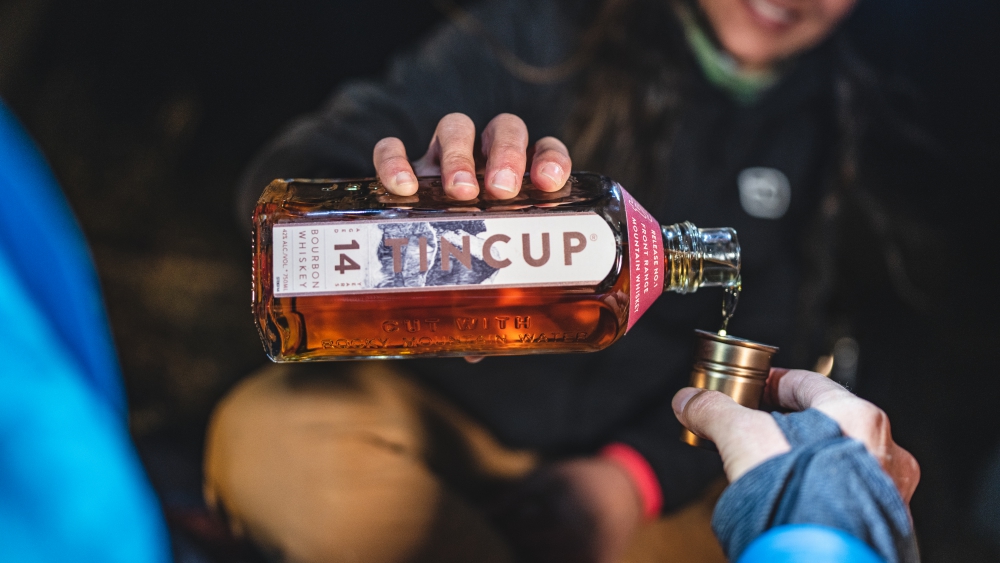 Colorado whiskey brand Tincup is known for its core expression, Mountain Whiskey, a bourbon that has just a little bit of American single malt mixed in as well. But now Tincup has its sights set squarely upon traditional bourbon drinkers with the release of the new limited-edition Fourteener, the oldest whiskey to date from the brand.

Tincup Mountain Whiskey was created by Jess Graber, who also founded Denver American single malt distillery Stranahan’s. For the core expression, a high-rye bourbon made at MGP in Indiana is blended with a small amount of Stranahan’s single malt (about 3 percent, according to Graber), and the whiskey is cut with water from the Rocky Mountains. As Graber said on a recent Zoom call, if you cut your whiskey with swamp water it wouldn’t taste very good, do the quality of the water matters.

There are also rye and 10-year-old whiskeys in the Tincup lineup, but the new Fourteener is the oldest to join the family with a full 14 years of maturation. The mash bill is 64 percent corn, 32 percent rye and 4 percent malted barley, so this is indeed a high-rye bourbon with almost a third of that grain in the recipe. The whiskey is cut to 84 proof with water from the El Dorado spring just south of Boulder, which also differentiates it from the others.

The name Fourteener doesn’t just refer to the age of the whiskey—there are 58 peaks in Colorado higher than 14,000 feet, so this is the first in a new series commemorating this fact (Longs Peak is the mountain on the Fourteener label). “I’m so excited for Tincup fans to try this new aged bourbon whiskey,” said Graber in a statement. “Not only does Fourteener’s name pay homage to the rugged peaks that dot its home state of Colorado, it truly embodies our spirit of adventure. If you’ve ever been on the top of a 14er, you know it’s truly something to celebrate.” To that end, Tincup is donating $14,000 to the Colorado Fourteener Initiative for its “Adopt-a-Peak” Program to preserve the outdoors for hikers.

Tincup Fourteener is available now in key markets for $70, but supplies are limited so grab your bottle now if you find one.