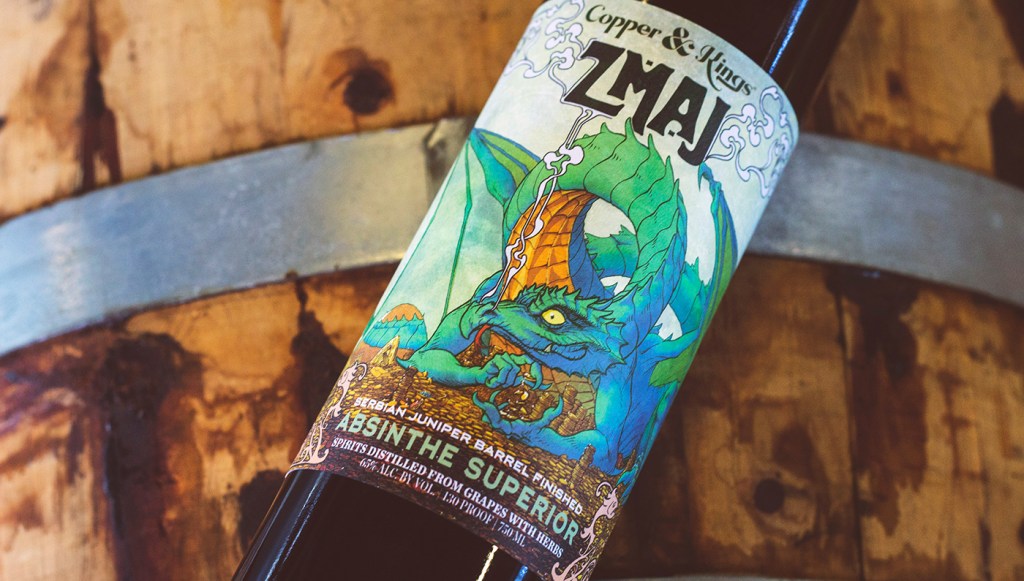 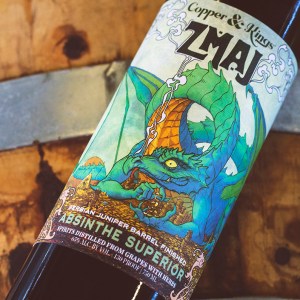 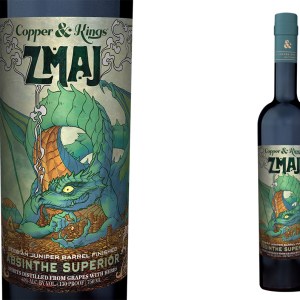 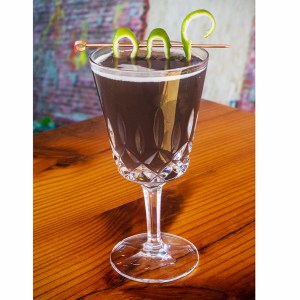 A spirit once spurned in the United States is now being produced with pride under the label Copper & Kings Zmaj Absinthe Superior. Located in Louisville, Ky., Copper & Kings American Brandy Company is using Muscat brandy as the initial canvas for its craft expression and adding macerated grand wormwood, anise, fennel, and hyssop that remain in situ for 18 hours. The botanical tonic is then double-distilled, aged in Serbian Juniper wood barrels for 18 months, and bottled without including any extra sugar or additives.

Once viewed as a subversive sip favored by the counter-culture, the much-maligned absinthe was banned in much of Europe at the turn of the last century. In 1912, it was made illegal stateside due to allegations of adverse psychotropic side effects. However, popular aversion did not stop several of the world’s greatest creative minds from finding inspiration in what Arthur Rimbaud called the “sagebrush of the glaciers,” a name inspired by the plentiful growth of wormwood in Switzerland. Oscar Wilde, Ernest Hemingway, and Pablo Picasso were all notorious imbibers of the spirit, and it was even rumored to have precipitated Vincent Van Gogh cutting off his ear. With its fabled dangers largely dismissed today, the “green fairy” (a moniker merited by the liquor’s often chartreuse coloration) is finding a new global fan base once again.

Named after Zmaj, a dragon in Balkan folklore, Copper & Kings’ 130-proof potion elicits scents of pine, lemon, fennel, and subtle notes of anise on the nose before imparting salted caramel, honey, licorice, and ginger on the palate. Following is a lengthy finish flush with honey, honeysuckle, and, not surprisingly, juniper. Set to be released on January 27, the Copper & Kings Zmaj Absinthe Superior will be available in very select locations throughout the country at a price of $60 per bottle. (copperandkings.com)