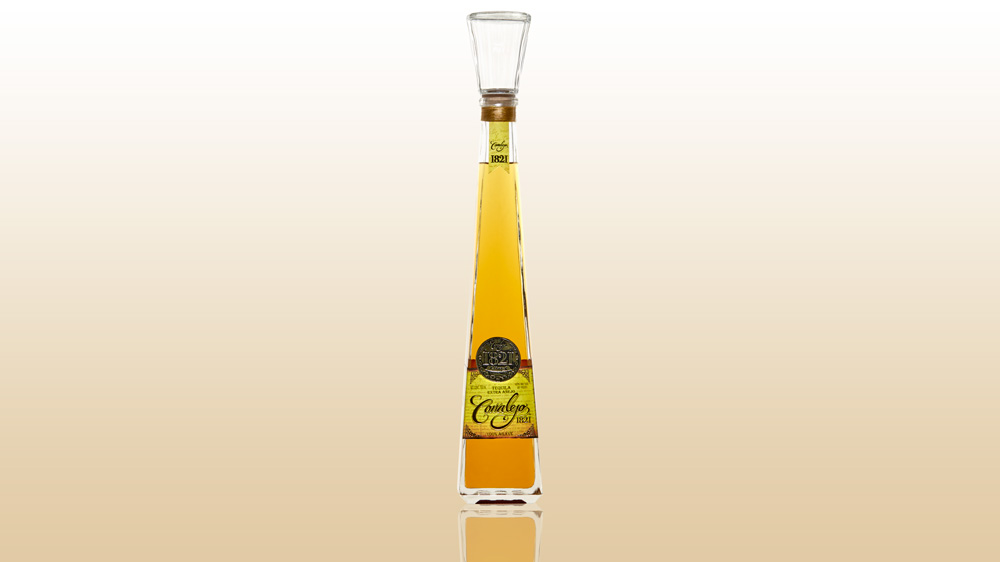 It takes just one look at the dramatic, Mesoamerican-inspired pyramid-shaped golden presentation case that houses the tapered decanter of Corralejo 1821 Extra Añejo ($130) to realize this is no ordinary tequila. For one thing, the rich golden color of this limited-edition extra añejo is the result of 36 months of aging in small American oak barrels, a process that intensifies the flavor by increasing the ratio of liquid to wood.

Less outwardly apparent is the fact that Corralejo 1821 is made from fully matured 100 percent Blue Weber agaves that have been slowly roasted in stone ovens for 27 hours, and then rested for 12 hours before being double distilled in copper pot stills that employ the same 400-year-old Charentais method of distillation used in France to make the finest Cognacs. All of this becomes obvious, however, with the very first sip, for Corralejo 1821 Extra Añejo is akin to Cognac in mouthfeel and texture, with gentle notes of cinnamon, apples, and cloves surrounded by a fresh agave herbal crispness and a faint trace of sweet smoke. Only 1,000 cases of this ultra-rich tequila have been allocated for the United States.

The distillery itself, which has its beginnings in 1755 as the first estate in mexico to produce tequila as a commercial venture, is located on the grounds of Hacienda Corralejo, birthplace of Don Miguel Hidalgo y Costilla, the priest who was ultimately responsible for freeing Mexico from Spanish rule in 1821. Befitting this historic association, Corralejo 1821 is just one of a handful of fábricas that have been granted permission to produce tequila outside of Jalisco – in this case, in the State of Guanajuato. It is yet another nod to the individuality of a tequila inspired by a man who has become known as the Father of Mexican Independence.