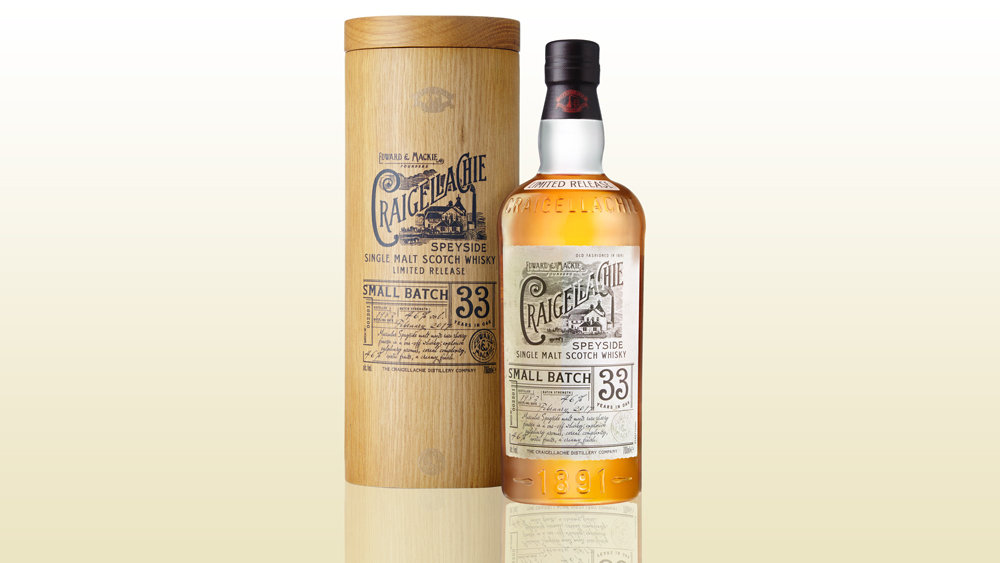 Craigellachie has been distilling whisky since the late 19th century, though it’s unlikely many folks outside of Scotland were aware of its wares prior to 2014. That’s when the expansive Aberlour-based facility, which up until then had made whisky almost exclusively for blends such as the White Horse and Dewar’s, rolled out a line of eponymous single malt Scotches aged 13, 17 and 23 years. These acclaimed whiskies were significantly more robust and muscular than what is commonly found in that corner of the whisky-making world, thus earning Craigellachie the nickname “the bad boy of Speyside.”

Come early December, Craigellachie will be releasing a limited edition whisky in the U.S. that makes those other expressions seem like choirboys in comparison. Make no mistake, Craigellachie 33 Year Old ($3,000) is as rugged, brawny and unusual a dram as there is made anywhere in Scotland, let alone along the banks of the storied River Spey.

Malt master Stephanie Macleod is quite fond of sulphurous compounds that most other distillers take pains to remove from whisky. She manages to corral the atypical flavor she’s after by, among other things, getting creative with the worm tubs (coiled copper tubing) used to cool the distillate. These sulphur notes imbue Craigellachie with a meaty characteristic that is unlike anything this appraiser has come across in Speyside.

Of course, there’s good reason Scotch distillers go to great lengths to excise sulphur — unless very carefully managed, those compounds can wreak havoc on whisky, bringing off-putting flavors like rotten egg and cabbage to the fore. Macleod and her team know what they’re doing, however, balancing out the sulphurous funkiness with exotic fruit flavors—particularly banana and pineapple—along with hints of rum-raisin ice cream’ almonds and cereal grains. Craigellachie 33 Year Old is that rare whisky that dares to be different, that aims to challenge the status quo. It’s the whisky to turn to when you’re ready to rock on with your bad self.