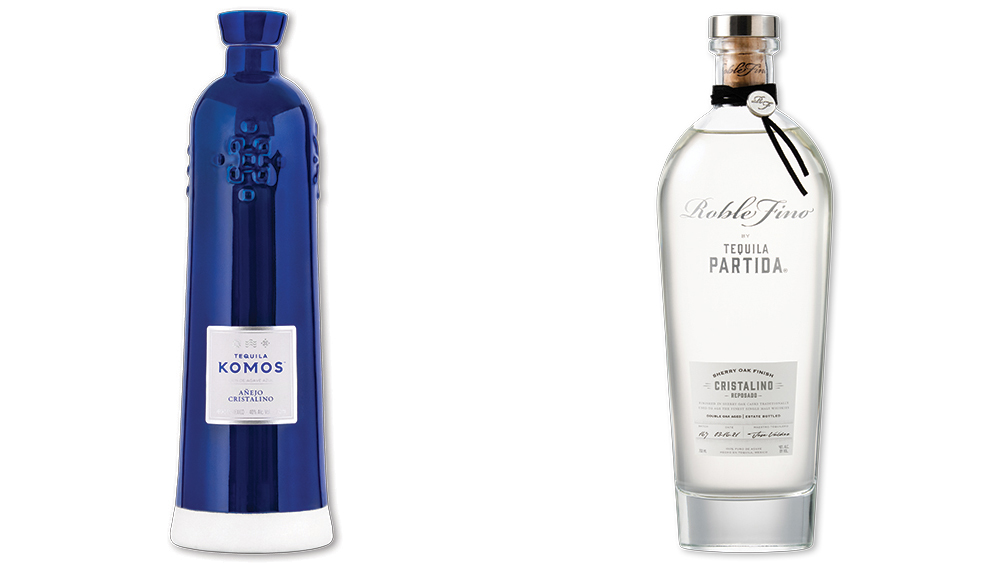 You might think you’re looking at a blanco tequila, but you’re not. Cristalino, the fastest-growing agave spirit in the United States and Mexico—where it has already unseated reposado as the country’s most popular pour—was first conceived in the 2000s by Juan Domingo Beckmann Legorreta, CEO of José Cuervo Group and an 11th-generation tequila maker. Although he counted the world’s best-selling tequila, José Cuervo, among his assets, Beckmann, an accredited distiller, wanted to create a new style of tequila that would entice consumers in an increasingly competitive market.

He and his master distiller, Alex Coronado, developed a unique blend of reposado, añejo and extra-añejo tequilas aged in toasted European-oak barrels. Beckmann then employed a proprietary filtering technique to strip the distillation of its color, resulting in a crystal-clear aged tequila with its intricate flavors not just intact but pleasantly enhanced.

“That was the challenge,” Beckmann recalls. “How to take out the color without taking out the flavor. Because normally you would be taking out both. So this would be a pleasant surprise to consumers, who would not be expecting that type of flavor from a clear tequila.”

In 2008, Beckmann christened the new liquid Diamante and launched it under his newly created Maestro Dobel label; four years later, to celebrate the 70th anniversary of Don Julio tequila—at the time, Casa Cuervo owned 50 percent of the brand—Beckmann suggested the distillery release a cristalino añejo. Thus, Don Julio 70 became the first añejo cristalino, though it wasn’t the first cristalino (no matter what the internet says).

Today there are over 40 cristalinos and counting, most created through variations of activated-charcoal filtration, which removes not just the color but also the “woodiness” from aged tequilas while enhancing the agave’s fruit and floral characteristics. Beckmann’s newest cristalino, Gran Coramino ($49), created with comedian and actor Kevin Hart, is a reposado aged in Eastern European casks and finished in California Cabernet Sauvignon barrels, while Komos Añejo Cristalino ($144), the inspiration of wine impresario Richard Betts, is aged in French-oak white-wine barrels for 12 months before being stripped of color and transferred into amphorae jars for aeration; the result is a silky-smooth texture and grassy taste with a soft agave finish. Or try Avión Reserva Cristalino ($145), a blend of 12-month-old añejo with a touch of three-year-old extra-añejo that’s double-charcoal-filtered to deliver an extra-thick, extra-smooth hit of herbaceous agave, plus vanilla nuances picked up from the bourbon-barrel aging.

Reposado cristalinos are perfect for adding a heightened agave profile to cocktails, while añejo and extra-añejo cristalinos are best appreciated over a single cube of ice, or even better, neat in a snifter or long-stemmed Cognac glass, to fully discern their multifaceted flavors. And given the category’s booming popularity, expect future wood experimentations from Beckmann and others, including cask aging in Japanese Mizunara and Irish oak, opening the door for even further creativity within this boundary-pushing new style.