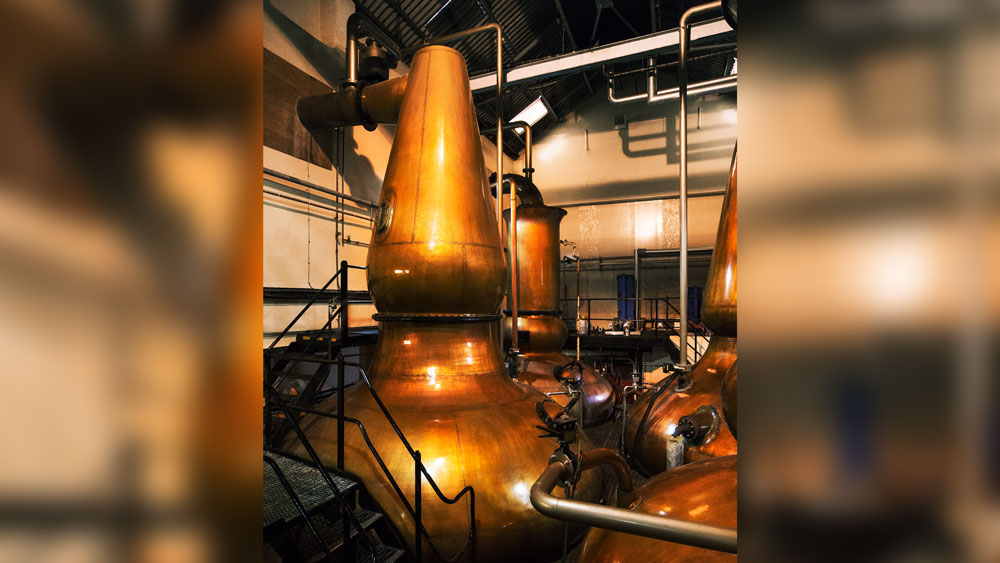 Not many master blenders get to celebrate their 50th anniversary in the spirits industry, but on September 6, 2016, Richard Paterson, Master Blender for The Dalmore single malt, reached that milestone. Although he had created award-winning 50-year-old single malts for distillery-owner Whyte & Mackay before, Paterson knew that for this occasion—which was very personal—he wanted to come up with something extraordinary. Considering the myriad aging whiskies in the countless barrels sequestered within the Whyte & Mackay warehouses, Paterson knew it would be a daunting task—and one that could never be repeated, due to the scarcity of some of the spirits he planned to use.

To discover how he ended up making one of the most complex whiskies in his 50-year career—the Dalmore 50 ($62,500)—we sat down with the master distiller for this exclusive interview.

What were you striving for with this whisky?

Richard Paterson: Well, to be honest, when I saw my stocks (of ultra-aged whiskies), I immediately realized that 1966 was very much a part of my life and therefore I hoped that rather than just making a 50-year old-whisky, I could start by expanding a 1966 vintage whisky into something really unique.

1966 was the start of your career, when you were hired by A. Gillies & Company Whisky Blenders in Glasgow as a junior office clerk, but when were you first introduced to the blender’s art?

It was my father who introduced me to the art of whisky blending at the tender age of 8 years old. He took me to his bonded warehouse in Glasgow, reached into his pocket, took out a bunch of keys, and opened the warehouse doors. As he did, the smell of maturing whisky engulfed my nostrils, and seeing the silhouettes of all those casks stirred emotions in me that I remember to this day.

Given your knowledge and the vast supplies of single malts at your disposal, how did you approach this anniversary scotch?

We have produced a number of 50 year olds before, but not to the same scale as this one. Once we got a number of 1966 casks selected, we refined our selection even further, because when you’re dealing with whiskies as valuable as these, they won’t all mature the same way. But we finally selected the only cask that lent itself to the type of finishing I had envisioned. We started off with a whisky that had been aged in American white oak for thirty-seven years, which gave us that refinement, that vanilla softness I was looking for. But then I transferred this whisky into Matusalem oloroso sherry casks for nine additional years to give it those old English marmalade-marzipan-crushed almond flavors, with hints of balsamic, and because of the age, hints of licorice. Then I transferred it into 1938 Graham’s Colheita port pipes, which gave me those rich, full plummy notes – yet another dimension coming through.

That sounds like a pretty powerful single malt, flavor-wise.

Yes, and I didn’t like that weight, given today’s palates, as I think people are looking for softness and less impact from the whisky. That’s why I tempered it with Pinot Noir wine casks that Henri Giraud uses for his Blanc de Noir Champagne.

Domaine Henri Giraud is a prestigious Champagne house that goes back to 1625 and releases only very small quantities each year. But it is the oak from the Argonne forest in northeastern France that gives the style, the body, and the finesse to their particular Champagne. What I wanted to do was capture some of that elegance and structure coming from the Argonne oak.

The Dalmore 50 Year Old one of only 50 bottles made  Photo: Courtesy Dalmore

What notes do you get from the Argonne oak?

When you taste Henri Giraud Champagne, you get hints of violets. But what intrigued me most was the little smattering of citrus fruits that come toward the end, along with a bit of marzipan. Citrus and marzipan are part of the Dalmore structure. So when you get to the end of the taste of The Dalmore 50 Year Old, you’ll find some of these same citrus and marzipan notes, just trailing away. It’s just a kiss, a whisper, but to my mind that final Champagne finish adds to the elegance and refinement of the spirit.

Champagne has a much lower proof than single malt whisky—did that limit the amount of time you could hold the whisky in these barrels?

I’ll tell you, my heart was in my mouth when I saw how the strength was dropping, because as you know, once a spirit falls below 80 percent alcohol, it can no longer be classified as scotch. So after 50 days, I took the whisky out of the barriques and put it back into American white oak for a brief time before finally bottling it.

It must have been a huge relief after the final finishing to realize that you couldn’t go any further.

That’s a key point, because it meant that everything had to be in place—the marketing, the bottling, everything, because when the whisky says it’s ready, it’s ready now. It cannot be aged further. In fact, the 80 percent proof is right on the cusp with this cask-strength whisky. So after more than a half century of aging, due to evaporation there was only enough whisky to fill 50 Baccarat decanters. We just made it.