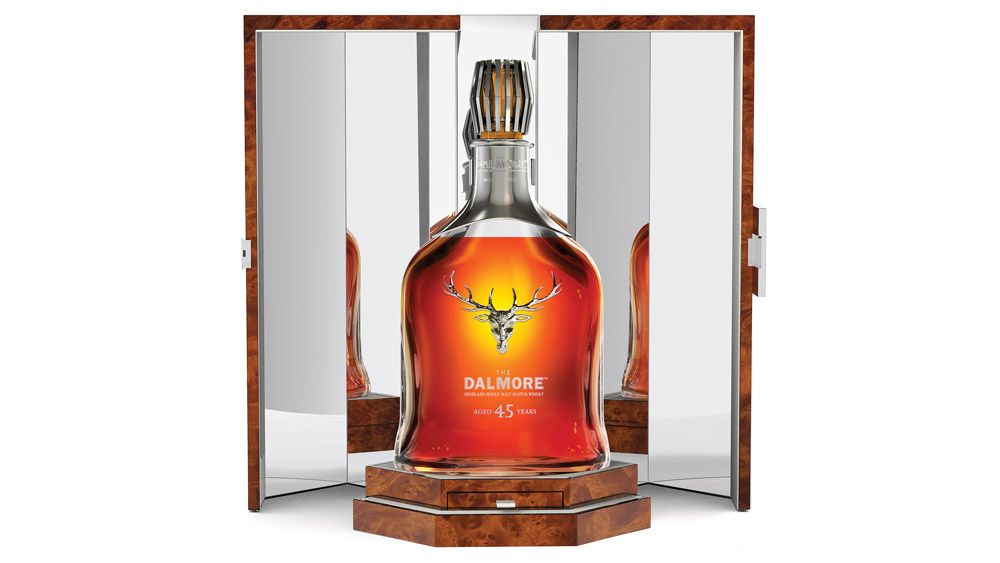 For most of us, 45 marks middle age: A pinnacle for some, a nadir for others. But for whisky, it’s a number of rarity and reverence because only the most complex single malts survive more than four decades without growing over-oaked. Richard Paterson, the celebrated master blender at the Dalmore, has had his eye on some of that special stock, which has now become the Dalmore 45 Year Old ($12,500). It joins the Dalmore ranks alongside both a 40 Year Old and a 50 Year Old.

Patterson possesses extraordinary olfactory senses and tasting skills to select the exact barrels for a harmonious vatting, keeping in mind that the youngest whisky in this selection could not, by law, be less than forty-five years old. He started with some of the distillery’s rarest 40-year-old whiskies, which he transferred into two vintage Colheita port pipes from 1961 and 1963 to age for five additional years. Wishing to go beyond the rich, fruity layers imparted by these casks, Paterson gave the spirit one more flourish, finishing it in first-fill ex-bourbon casks before bottling it in Baccarat decanters.

“It’s an Aladdin’s cave of rich liquid treasures,” he says. The 80-proof single malt has deep flavors of autumn fruit, black toffee, marmalade, and chocolate-coated hazelnuts, with a subtle honeyed smoke in the finish.