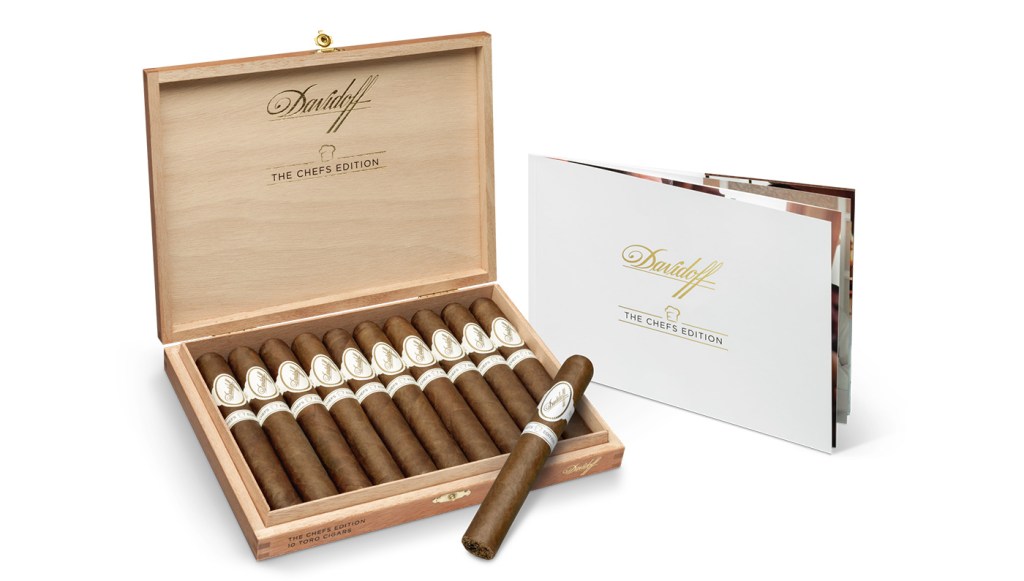 For the first time in culinary and smoking history, six of Europe’s award-winning chefs have combined their tastes and talents to create the Davidoff Chefs Edition, a limited edition 6×54 toro blended to complement a range of cuisine, including fish, pastas, chicken, and meats like veal and pork. Naturally, this cigar is also designed to pair well with after-dinner libations such as X.O. cognacs (and older), Amarone, and vintage ports.

To achieve this multifaceted goal, the final blend consists of a smooth and oily Habano 2000 wrapper, an Ecuador Connecticut binder, and a filler recipe of San Vicente Mejorado Seco, San Vicente Mejorado Visus, Piloto Visus, and San Vicente Visus tobaccos. The result is a medium-strength smoke that gradually intensifies with flavors that are both nutty and sweet, and with a creamy, slightly spicy aftertaste.

Beginning in mid-May, the Chefs Edition cigar will be available at selected Davidoff Appointed Merchants in the United States and at Davidoff flagship stores worldwide. Priced at $30 each or $300 for a box of 10. (davidoff.com)