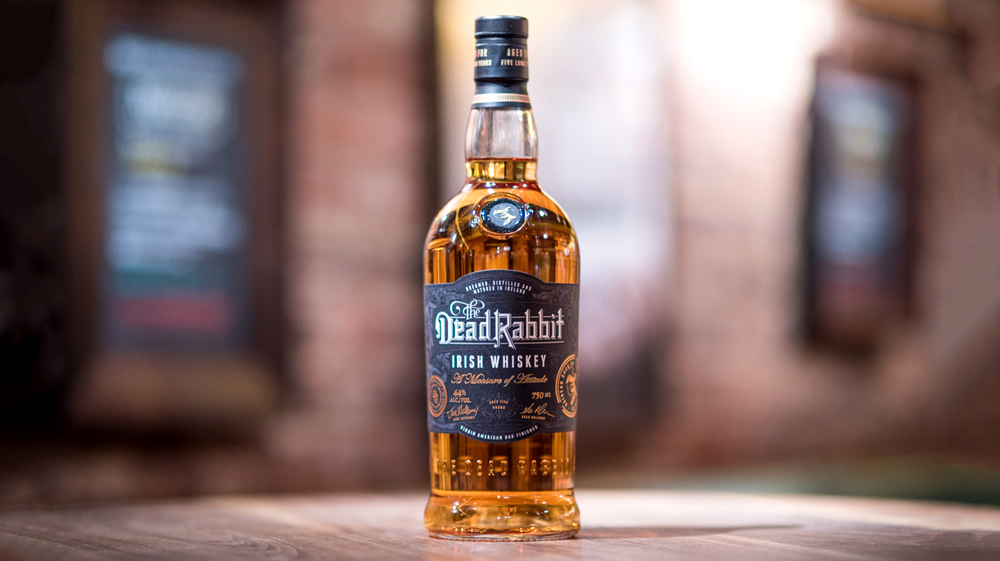 At most bars, the “house brand” generally doesn’t refer to the establishment’s own bespoke spirit. But most bars aren’t the Dead Rabbit. Located on a quiet street in New York’s Financial District, the bar caused a sensation among even the city’s most jaded barflies from the moment it opened in 2013. Combining the warmth of a 19th-century Irish pub with the mixological skills of the finest craft bars, the Dead Rabbit is a winner of multiple awards and has been crowned “Best Bar in the World” by both World’s 50 Best Bars and the Tales of the Cocktail Spirited Awards.

The Dead Rabbit isn’t just a cocktail mecca; it also has a staggering selection of about 60 Irish whiskeys on the menu. So when owners Sean Muldoon and Jack McGarry decided to put their bar’s name on a bottle of Irish whiskey, it couldn’t be just another bottle. The Dead Rabbit Irish Whiskey ($40), released to commemorate the bar’s fifth anniversary (and, coincidentally, was introduced just in time for St. Patrick’s Day, as well) is a collaboration between the Muldoon/McGarry team and former Bushmills master distiller Daryl McNally, who’s now working with the new Dublin Liberties Distillery.

The blend of single-malt and grain whiskeys is aged for 5 years in American ex-bourbon barrels before being finished in specially made half-sized (24 gallons) virgin American oak barrels. The virgin oak imparts dominant vanilla notes as well as a tingly spice that’s unusual for Irish whiskeys, which are known for their smoothness. The ex-bourbon barrels give it a buttery texture and rich caramel flavors. The result is a hybrid of Irish and American flavors befitting a bar that’s got one foot in the old world and the other in the new. It’s potent enough to sip neat or on the rocks, but this being the Dead Rabbit, it also works in cocktails—from whiskey sours to Irish coffees to Dead Rabbit specialties like the tiki-inspired Cloak & Dagger punch.

The Dead Rabbit Irish Whiskey is available now in New York and New Jersey, and it’ll roll out in other areas through March and April. If you can’t make it to the bar, it’s worth having a little taste of what makes the place so special.