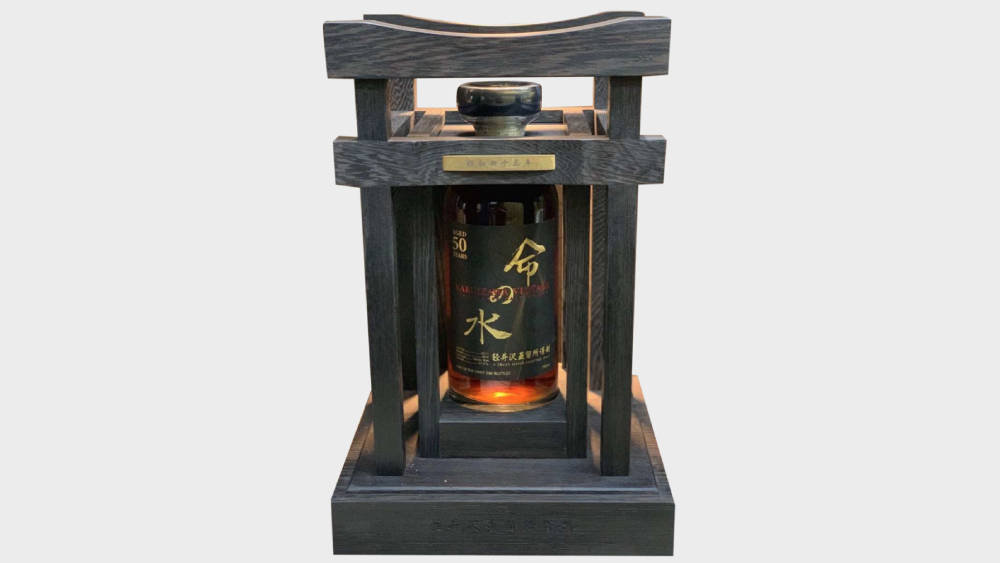 For whisky lovers, there are few things quite as exciting as the hunt for rare bottles from shuttered (but beloved) distilleries. But Dekantā, an online retailer founded in 2015, is making it easy for collectors to buy a vast selection from one of Japan’s finest defunct whisky makers: Karuizawa Distillery.

When Karuizawa permanently closed its doors in 2011, Japanese whisky had not yet acquired the cult following and international respect it enjoys today. Karuizawa has taken on particular renown for the excellence of its product, which coupled with its rarity makes it all the more valuable. As just one example, Sotheby’s auctioned bottle produced there for a staggering $60,000 earlier this month.

Luckily, even if that price tag is a bit out of budget, Dekantā has nearly 180 bottles from the distillery at a range of prices, from the accessible $119 Bright Ocean Whisky all the way to the rarefied 10-bottle Samurai set which sells for $96,499.99, its artful labels as exquisite as its caramel-colored liquid.

The closed Karuizwa Distillery (and its many barrels) in Japan.  Courtesy of Dekantā

Founded in 1955 near Mount Asama, Karuizawa Distillery was always a small operation, every drop of liquid it ever bottled was poured from just four small copper pot stills before resting in former sherry casks. Because of its geographic location, remarked to have the highest elevation compared to any of its Japanese competitors, it had a unique alchemy of low temperatures and high humidity that created distinct flavor profiles.

After being purchased by several companies nesting doll-style over the decades, the production of such high-end whisky was deemed unsustainable, resulting in its closure. The land it stood on was sold a year later in 2012.

So even if paying $70,000 for the limited-edition 50-year-old Aqua of Life single-malt (complete with ink plate, brush, stamp and wooden box) seems astronomical, it smooths things over to know it’s a genuine piece of spirits history.