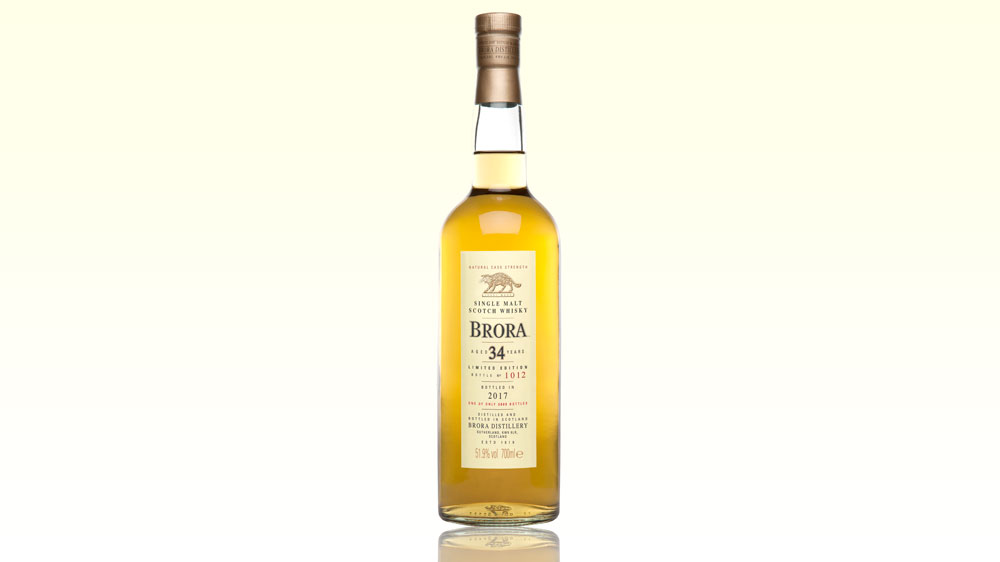 The Scotch-whisky industry can boast of having more than its share of 200-year-old brands, but a few beloved ones, such as Brora, were here and gone in a flash. Although the distillery that made Brora dates back to 1819 and produced Clynelish whisky until the late 1960s, Brora as a brand operated only from 1975 to 1983, when it was shuttered due to lagging demand. But in those 8 years, it produced whiskies that are now considered classics, highly coveted by collectors and connoisseurs.

Diageo, which owns the distillery now, recently announced plans to reopen it (along with Port Ellen, which also closed in 1983), much to single-malt fans’ delight. But the old Brora is still turning out “new” bottlings as the whisky put into barrels more than three decades ago continues to mature.

Brora 34 Year Old ($1,700), part of Diageo’s Special Releases series, was distilled in 1982—the year before the distillery closed—and is actually the youngest Brora expression to come out in several years. Matured entirely in American ex-bourbon barrels and bottled at cask strength (103.8 proof), this is a gorgeous, balanced dram that bears little evidence of all the time it has spent in wood. It’s got an apple sweetness slightly reminiscent of a Sauternes, with notes of chocolate, citrus, and a light cinnamon spice. The wood shows up more in the long, slightly dry finish. The whiskies that come from the refurbished Brora distillery in the decades to come will have a high standard to live up to. While we wait, there are a mere 3,000 bottles of the 34 Year Old available worldwide—so in this case, patience will not be a virtue.