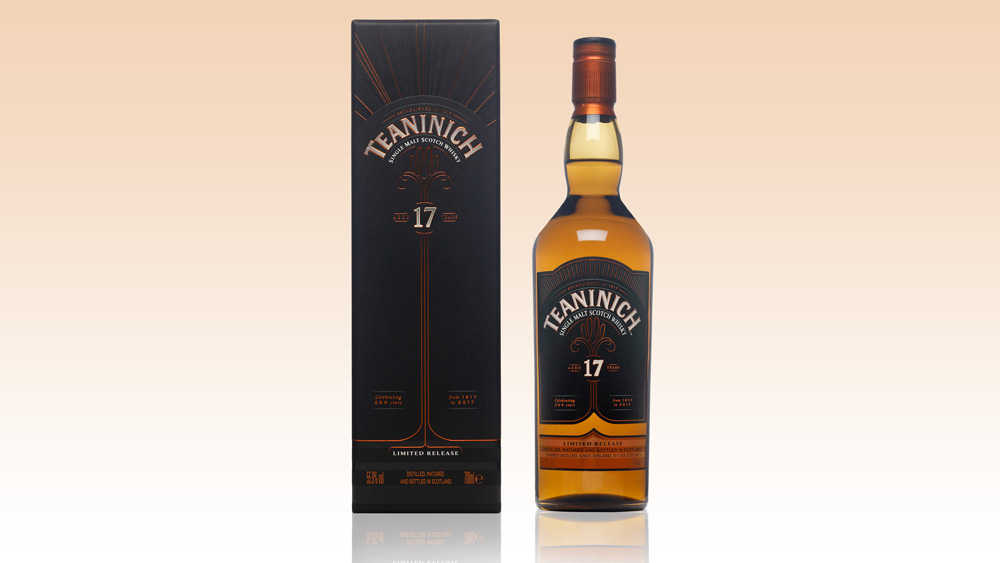 Scotch whisky connoisseurs may be disconcerted to find out they’ve never heard of a distillery that’s celebrating its 200th birthday this year. It might be even more jarring to discover that it’s one of Scotland’s biggest distilleries, with an annual capacity of more than 10 million liters. The mystery malt is Teaninich, located in the Scottish Highlands, and chances are most whisky drinkers have never seen a bottle, let alone owned one.

The vast majority of Teaninich goes into blended whiskies, including Johnnie Walker and Haig Dimple. So while you may have never seen or heard of the brand, chances are you’ve tasted it, albeit in diluted form as part of a blend.

There have been a few Teaninich releases over the years, almost all of them by independent bottlers in very limited quantities. But to celebrate Teaninich’s 200th anniversary, Diageo, which owns the distillery, is finally putting out a bottle of the unadulterated single malt under its own name as part of its 2017 Special Releases series. Teaninich 17 Year Old ($310), aged in both ex-bourbon hogsheads and ex-sherry casks, is bottled at cask strength of 111.8 proof.

It starts off quite sweet, with bright candied orange and cherry notes leading the way, but segues into cinnamon spice and coffee cake before finishing short, dry, and slightly oaky. A little water tames the fruitiness, exposing creamy vanilla and toffee flavors.

Going on quality alone, the 17 Year Old should belatedly put Teaninich on the radar of serious whisky drinkers. But limited quantities (the exact number of bottles available hasn’t yet been made public) may conspire to keep the brand one of Scotch whisky’s best-kept secrets. One hopes the next stand-alone Teaninich won’t be long in coming.