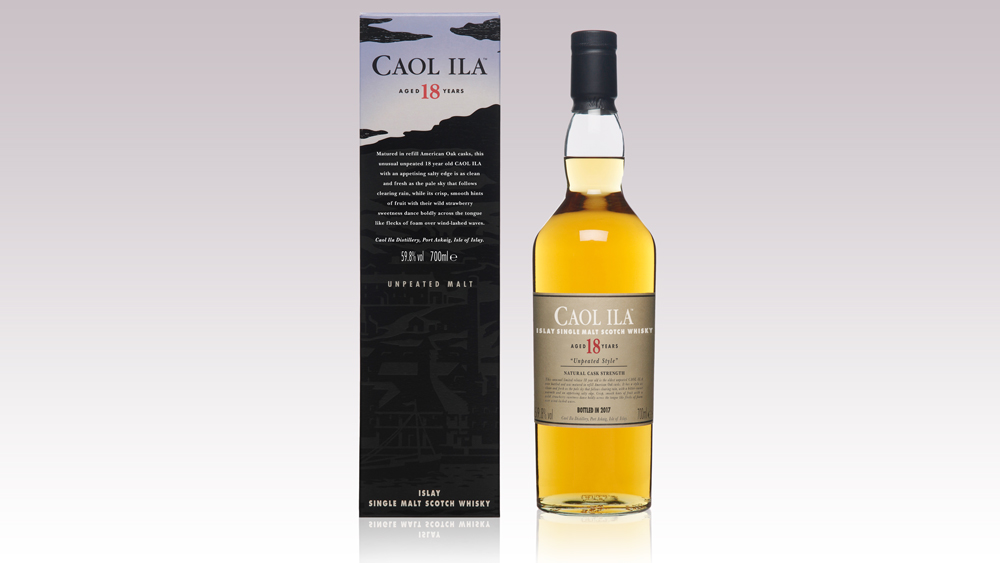 The Caol Ila distillery has been producing whisky on the shores of Islay since 1846. It is the largest distillery, by capacity, on the Scottish island, but the vast majority of what’s distilled there is used in blends; its smoky notes are most commonly encountered in Johnnie Walker Black Label and Johnnie Walker Double Black, to name two. But it’s a malt beloved by fans of the classic Islay style — smoky from the peat used to feed the fire when malting the barley, with salt and brine hinting of the sea air surrounding the island where the whisky is distilled.

Once a year, Caol Ila (pronounced “Cull-EE-la”) bottles an unpeated whisky, which in recent years has been released as part of Diageo’s Special Releases series.  For single malt drinkers who find the smokiness of a peated malt a little overwhelming, it’s a delicious way to find out what lies beneath the typically peated Islay surface.

This year’s release, Caol Ila 18 Years Old ($100), is the oldest unpeated whisky the distillery has bottled to date. It still has more than a hint of smoke, but it’s leavened by light floral notes normally relegated to the background. Baking spices, fresh pastry, vanilla, and a hint of lemon also come to the surface. Bottled at almost 120 proof (119.6, to be exact), it’s a surprisingly easy sipper, even on the long, lingering finish which leaves behind the mineral, slightly medicinal notes of a classic Caol Ila.

Unpeated Caol Ila is an annual event, but this year’s edition is a very special whisky. At $100, it’s the best bargain of this year’s Special Releases. It’s among several of the stand-alone offerings of whiskies more typically used in blends than bottled on their own in the 2017 Diageo series, joining the Blair Athol and Teaninich releases.