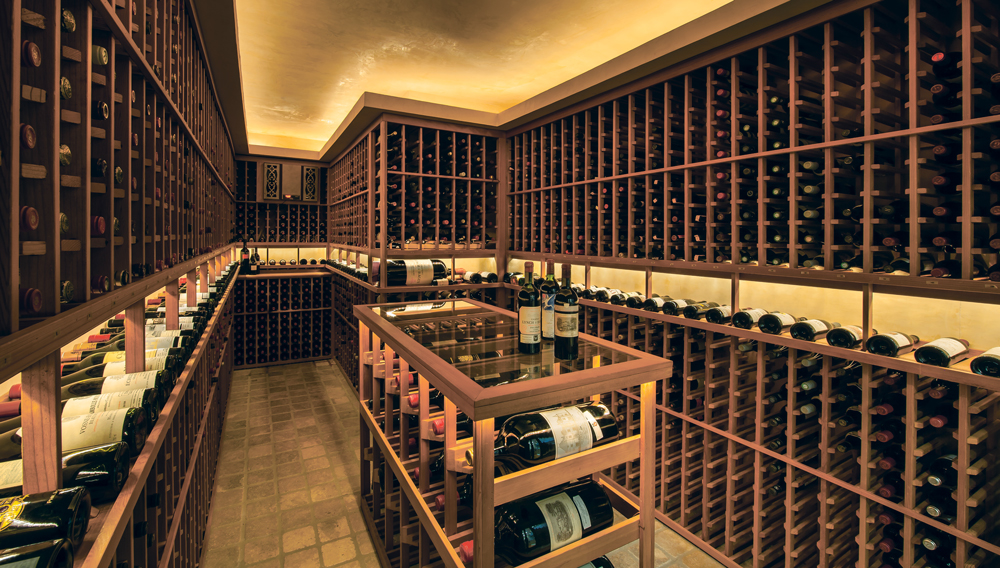 On some level, anyone who possesses a collection wrestles with the same quandary: preserve it for posterity, or enjoy it in the moment? For wine collectors, the choice is especially acute. Enjoying the bottles they have painstakingly sought out and carefully tended, perhaps for decades, also means destroying them. And that includes those sentimental collectors who laminate the labels after the damage is done.

In this issue, we visit two wine collectors who dwell on opposite coasts and opposite ends of the sip-or-save spectrum. Charles Curtis, the cerebral Master of Wine featured in the In the Cellar column, will not even store his collection at his Manhattan home. “I do think that proximity is the enemy to a good wine collection,” he says. “I know too many people who have their wine at home and at 4 am they’re drinking a $5,000 bottle, which is never a good idea.”

We have to admit, that doesn’t sound like such a terrible idea, and we suspect Joe Smith would agree. Smith, the subject of “Rock ’n’ Romanée”, assembled a remarkable collection during his years in the music business. The shelves in his cellar—at arm’s reach in his Beverly Hills home—hold bottles that would make any wine lover swoon: rare imperials that include a 1961 Château Lafite Rothschild; bottles of 1949 Château d’Yquem; and the 1971 Penfolds Grange Hermitage, a wine declared a “heritage icon of South Australia.” Smith is eager to open them all—well, except for the ’61; he explains why in the story—and in fact, he built his collection over more than 50 years with the sole intention of drinking every bottle.

It would be easy to think Smith gets more pleasure from his collection, but talk with Curtis for a while and it isn’t so clear. Beyond being engaged by the history and nuances of every bottle, and the Rubik’s Cube of putting together a perfect collection, “I learned that I like to buy wine, but I also like to sell wine,” says Curtis, who used to head the wine departments at Christie’s in New York and Hong Kong. “It was almost as much fun as the buying. I made money, and then I could go buy more wine, which I did.”

Curtis has sold his entire collection twice: once, because he was moving back to the United States, and then because his taste evolved and he wanted to refine the focus. This time, he is resolved to buy only the wines he loves most: Burgundy, Bordeaux, Champagne, and a few others.

Still, it is hard not to wonder about the first two collections, and if the wine lovers who own them now are merrily popping the corks.