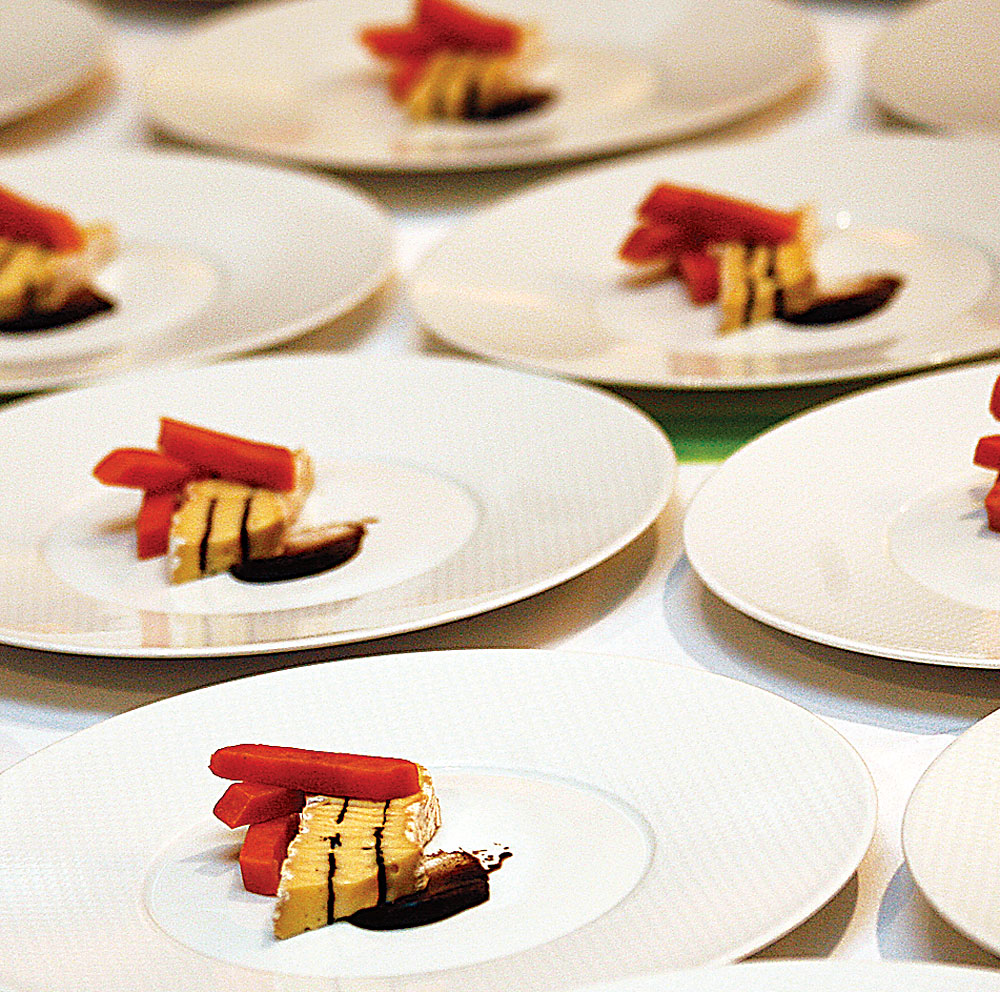 “When I Think of the most memorable times in our lives, it’s always centered on food and wine,” remarked Margrit Mondavi, as she welcomed guests to a preview dinner last fall of the inaugural Pebble Beach Food & Wine event to be held in March at the fabled California resort. Although the dinner at the Napa Valley home of Margrit and her husband, Robert Mondavi, comprised an extraordinary seven courses—prepared by participating chef Thomas Keller of the French Laundry—it was a mere foretaste of the four-day fete to come, at which more than 30 accomplished chefs and 200 top wineries will showcase their offerings. As if anticipating these, Margrit smiled. “Let’s get on with it and enjoy dinner!” she said, a sentiment seconded by Luce, the Mondavis’ bichon frise, who barked on cue.

If the quality of that evening’s pairings offered any indication, the Pebble Beach Food & Wine event will be filled with flavorful memories. Accompanying Keller’s creations was a selection of wines that included Opus One, Robert Mondavi Reserve Cabernet Sauvignon, and Continuum, a new Mondavi family Cabernet Sauvignon blend that will be released at the March event.

“We wanted to launch the premier food and wine event on the West Coast,” says Robert Weakley, cofounder and former director of the Masters of Food & Wine. “Here we are with some of the best restaurants and wineries in the country, and until now you had to travel outside California for an event of this caliber.”

At long last, the West Coast will have a food and wine event that reflects the quality of its superb restaurants and wineries. During the culinary celebration March 27 to 30 at Pebble Beach Resorts, attendees will choose from numerous reserve wine tastings and pairing lunches and dinners, attend cooking demonstrations, and taste hundreds of wines at the Grand Tasting and rare wines auction. Tickets start at $100 for individual events, while packages range from $995 to $4,750 per person.

Weakley and founding partner David Bernahl envisioned not one but dozens of headline chefs. “This is a chance to have it all in one location—the best chefs under one roof, cooking together,” says Weakley. In addition to Keller, the list of guest chefs includes Hubert Keller of Fleur de Lys, Walter Manzke of Bastide, and Gary Danko, Charlie Trotter, and Michael Mina of their namesake restaurants. Intimate cooking demonstrations led by Tom Colicchio of Craft, Todd English of Olives, and chef and culinary instructor Jacques Pépin will provide fodder for those who want to re-create culinary memories at home.

Wine events will center on elite new- and old-world producers. Attendees may choose 10-vintage reserve tastings from Château Margaux, Harlan Estate, Kosta Browne, and Shafer Vineyards, among others. Winemaker Heidi Peterson Barrett will lead a tasting of her wines, and Spain’s Jorge Ordoñez will discuss the revival of top Spanish producers.

Besides the reserve tastings, the Sommelier Experience will afford the opportunity to test your blind-tasting skills against a panel of master sommeliers. You also may sample wines from wineries such as Marchesi Antinori, Pisoni Estate, and Silver Oak Cellars at the Grand Tasting.

The marquee event of the weekend is the rare wines auction and dinner. The meal will be a collaborative effort from the country’s top chefs, including Michelin three-star chefs Keller and Alain Passard of L’Arpège in Paris, as well as two-star chef David Kinch of Manresa in Los Gatos, Calif. Throughout dinner, rare wines will be auctioned to an international bidding audience.

Whatever your tastes—simple, exotic, new- or old-world—you will find ample opportunity to indulge them during this epic epicurean experience. Luce would surely approve.