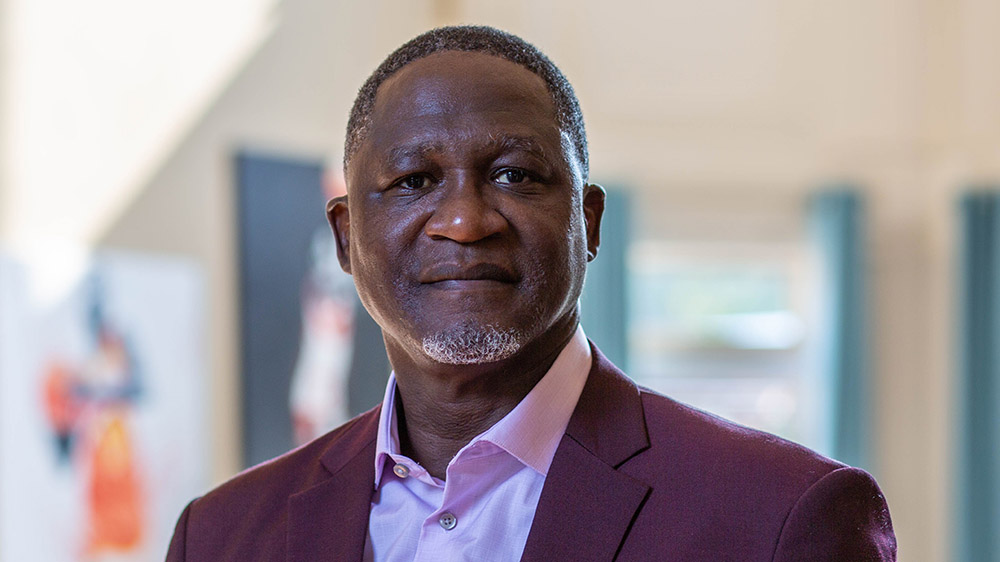 Quite a few eyebrows were raised when Dominique Wilkins didn’t make it onto the NBA’s Top 50 Players list in 1997. A quarter-century later, the oversight was corrected. The Atlanta Hawk great’s name was right where it belonged when the league unveiled its 75th Anniversary Team this past fall.

Wilkins was one of the NBA’s most exciting stars during the 1980s and 1990s. The explosive power forward made nine All-Star Games during his 16 years in the league and won two Slam Dunk Contests, though he might be best remembered for barely losing to Michael Jordan during the 1988 competition in Chicago. You don’t get a nickname like “The Human Highlight Reel” for nothing, after all.

Wilkins, inarguably one of the game’s greatest dunkers of all time is teaming up with Hennessy, the NBA’s official spirit, to show off the personalized luxury trunks that the cognac maker has made for Wilkins and the rest of 75th Anniversary Team. Robb Report recently hopped on a Zoom call with the NBA legend to talk about the honor, what it was like losing to Jordan in ’88 and how he got into wine.

Congratulations on making the NBA’s 75th Anniversary Team. How does it feel?

How does it feel? Absolutely amazing [laughs]. I try not to look backwards. So many of my colleagues say, “Hey man, you should’ve been on the 50 Greatest list.” But to actually be part of a historic group like this now means more to me than anything. I was talking with Isiah Thomas and Clyde Drexler, and these are some of the subjects that we talked about. It lets you know life has come full circle for you, and you are now recognized as one of best to ever do it.

Where were you when you found out? What was it like hearing about such an honor?

I was at home, smoking a cigar and having a nice glass of Hennessy VSOP [laughs]. I was really smoking a cigar, just waiting on the word and my business partner called me and said, “You’re on the list.” It didn’t hit me until an hour later. I was kind of emotional about it with my son. My son came and said, “Dad, I heard that you were part of the 75th Anniversary team. And I’m so proud of you.”

Were there any names you were surprised to see missing from the list?

Vince Carter, Bernard King, [Alex] English, [Adrian] Dantley, Klay Thompson. Arguably Dwight Howard and people like that. There are quite a few guys who could have easily been on the list.

Wilkins during his playing days with the Atlanta Hawks  AP Images

You know what, we really don’t. I’ve never been fond of comparisons, so I never put guys in any type of order. When you hear people talk the greatest, I still think you start with [Bill] Russell. 11 Championships. Guys like Wilt Chamberlain that are often are forgotten about because there’s so much hype today. “The greatest, the greatest, the GOAT, the GOAT.” Everybody has been a great player in their own way. I try not to get in to comparisons.

Who are the players who really stick out to you?

When I was in high school, I met Wilt Chamberlain at the Hall of Fame. I talked to Wilt for years after that. And guys like Kareem. I’ve learned from Dr. J., who was my idol. I was his biggest fan growing up. I got a lot of great tutelage from a lot of iconic players, like Moses Malone, Elvin Hayes and people that I had a chance to meet and get to know. When you talk about the greatest, that’s a big list. But, of course, Michael Jordan is going to be at the top of all those lists.

You’ve partnered with Hennessy to help highlight the special trunks they’ve made for each member of the team. How’d you get involved with this?

It’s just amazing to see some of the work that they have done. They have developed a set of personalized luxury trunks complete with limited-edition bottles the Hennessy VSOP and XO, and it represents and celebrates all the members on the 75th Anniversary Team on this list. One of the trunks will be auctioned off sometime this year, and all the proceeds and go Unfinished Business [which is a Hennessy program that provides immediate relief and long-term support for Black, Asian and Latinx small-business owners]. When you can give back and give back in the way the Hennessy is giving back, through charity, it’s a wonderful thing.

What’s your favorite part about the trunks?

How beautiful they are. I’m looking forward to seeing our own personalized trunks.

You played in nine All-Star games in your career, are there any memories from the game or weekend that really stick out to you?

Chicago sticks out more because of the dunk contest and because Michael and I both had great All-Star games. I remember how intense the All-Star Game was. Man, we played. When you had the East-West thing, we wanted to know which conference was the best.

How has the All-Star game changed from when you were playing in the ’80s and ’90s to now?

It’s changed to more of a pickup game than East-West. When I say pickup game, its’s more that you’re choosing sides. That’s how we used to do it on the playground. It’s a more organized, structured pickup game. And there’s a lot of theatrics now, but hey, I wish they were around when we were playing.

You also participated in the dunk contest five times. That’s unheard of these days. What made you want to keep competing?

You won it twice—

Actually, four times, I just got credit for two [laughs].

What is your what’s your best Dunk Contest memory?

I think for me, it’s a loss that sticks out more than anything else. The one in Chicago. The building was hot. You could feel the electricity in the building. Michael and I, we put on the best show you could possible put on. Even though I lost that dunk contest, it was really satisfying to be a part of that particular event. Especially in the years after, because they still talk about it.

You and Michael Jordan rank amongst the best dunkers of all time. Who else is up there?

Dr. J., David Thompson. Kenny “Sky” Walker, who played in New York. A great, great dunker. Clyde Drexler, Shawn Kemp! Terrence Stansbury. Guys were very creative. And then if you move a little further, the guys who I thought brought the contest back: Vince Carter, Zach Levine and Aaron Gordon.

After your NBA career, you played in Europe a bit. How different was it?

Very different. I just wanted to do something different toward the end of my career, and this was the situation that presented itself. I said, “Hey, let me go look at the other side of the world and see how they live and see what the cultures are.” It was fun, man. First going to Greece [to play for Panathinaikos], where we won their first European title. And then came back to the NBA and back to Europe that very next year. But if I had a chance to do it at all again, even though I had a wonderful time in those places, I probably would’ve stay in the NBA. Because I missed it.

I read that while you were playing in Italy for Fortitudo Bologna, you developed a real taste for wine?

I did. Italy is known for its wines, and I lived on a vineyard. Seven bedrooms on a 25-acre vineyard. The neighbors used to bring Fragolino wine over to me and different wines every weekend. That’s how I got into it.

You had your own wine label, Wilkins Private Reserve, for a bit. Have you tried any of the wines produced C.J. McCollum, Dwayne Wade or Yao Ming?

I haven’t. I’m waiting on my free bottles [laughs].

What do you think draws NBA players to starting their own wine or spirits labels?

Culture changes over time. It may have been frowned upon back when we played, but not anymore. I think [today’s players] have a more of an entrepreneurial mindset. I think, over time, there’s been more acceptance of athletes doing things outside of the game. It doesn’t affect them at all.