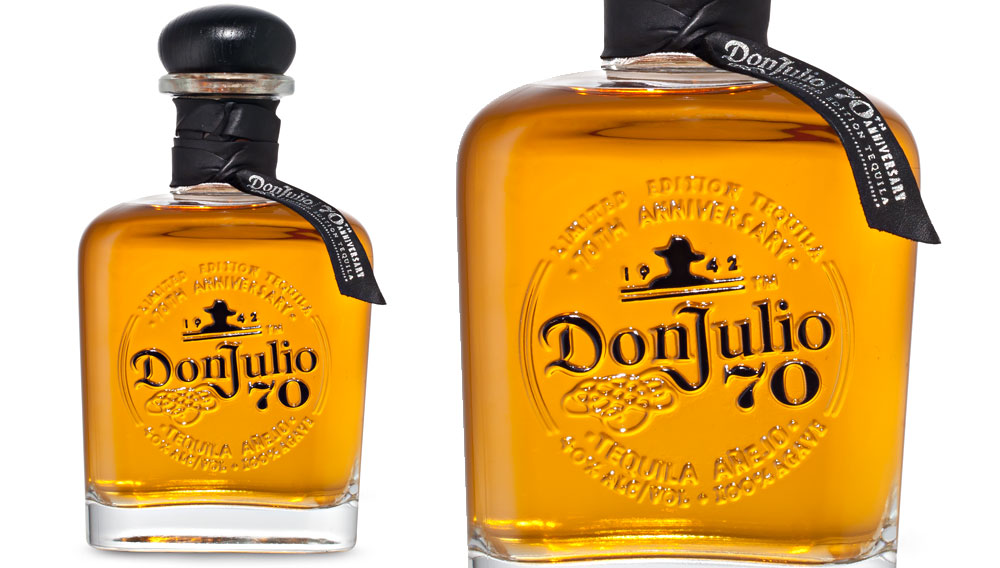 In 1942, Don Julio Gonzáles began his tequila-making career in the highlands of Los Altos, Jalisco, known for rich, clay soils and microclimates ideal for growing blue agave. Today, Don Julio is the best-selling ultrapremium tequila in Mexico and one of the most popular in the United States. To celebrate Don Julio’s 70th anniversary in the business, master distiller Enrique de Colsa created a true innovation—an añejo claro, or “clear aged” tequila. Normally, añejos are distinguished by their golden color from being barrel-aged for at least a year. However, the crisp agave flavors so popular in clear blanco tequila are usually softened by extensive contact with oak. By taking 18-year-old añejos from the Master Distiller’s Special Reserve and putting them through a special filtration process that restores both the clear blanco color and the clean agave taste, the Don Julio 70 Añejo emerged. Possessing a greater depth of flavor than the blanco, yet maintaining the complexities of the añejo, the best of both expressions has been realized. ($70)