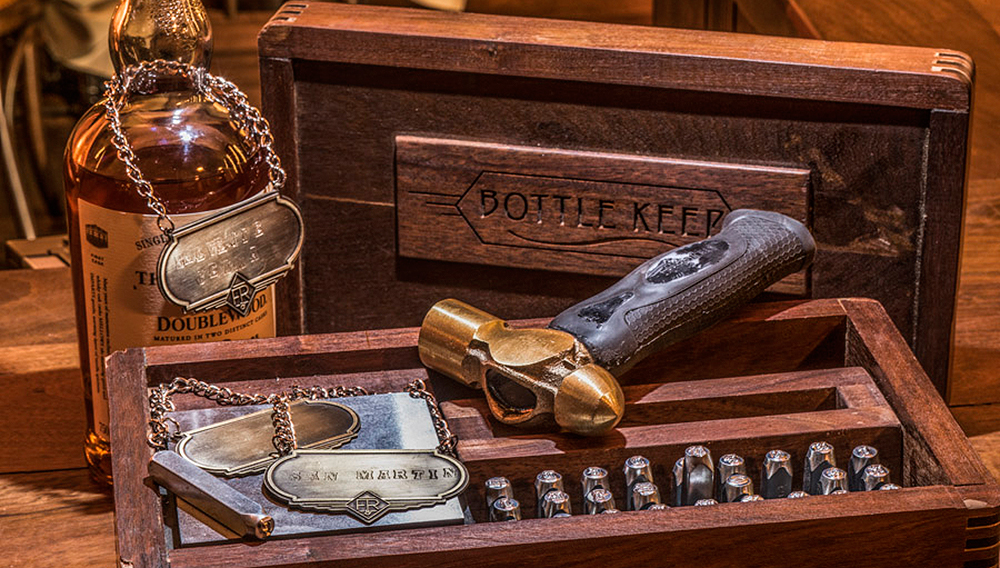 Since it opened in 2012, New York’s Flatiron Room has established itself as a mecca for whisky aficionados. Its dark, elegant interior provides an ideal space to sample the deep and well-curated roster of whiskies from around the globe, liberally studded with rare and hard-to-find gems.

It would make sense for the just-opened Fine & Rare, the Flatiron Room’s sequel located at the crossroads between Murray Hill and Grand Central Station, to be a Flatiron Room clone. But owner Tommy Tardie had other ideas—namely, to include other amber spirits. “The Flatiron Room is very whisky-centric,” he says, “So with this one, we wanted to go outside of whisky. We wanted to bring in the agave category, brandies, and rums.” The cocktail menu features plenty of new items as well, such as the F & R Cloud (bourbon and absinthe topped with fluffy maple-infused foam) and the Smoky Old Fashioned. Available with rye or rum, the drink is infused with a liberal amount of smoke from your choice of four different woods, the result being as fun to look at as it is to drink.

The whole place is a joy to take in and is chock-full of purloined historical architectural details that include antique floorboards, a chandelier rescued from a Masonic temple, and five vintage teller windows from nearby Grand Central Station. The layout and decor of Fine & Rare give it a cozier, more intimate feel than the cavernous Flatiron Room.

However, some hallmarks of the older sibling have carried over to the younger. The Flatiron Room stage, where combos play everything from jazz to bluegrass, has been replicated at Fine & Rare. And the popular “bottle-keep” program, which enables customers to buy full bottles of almost any spirit on the menu and then stash them at the establishment for their own private use, was also exported to Fine & Rare.

The wide world of whisky, from Scotland to Taiwan, is well represented at Fine & Rare. Some rarities available by the pour include a 1966 Glenfarclas ($102), Glenmorangie’s legendary 1978 Pride bottling ($481), and a 1960s-vintage Old Fitzgerald bourbon from the legendary Stitzel-Weller distillery ($164). Above all, Tardie likes “having an arsenal to pull from,” to entice customers to try new spirits. “If they usually drink, say, Macallan, maybe I can convince them to try Glenfarclas, or some other brand that’s not as well known.” (fineandrarenyc.com)