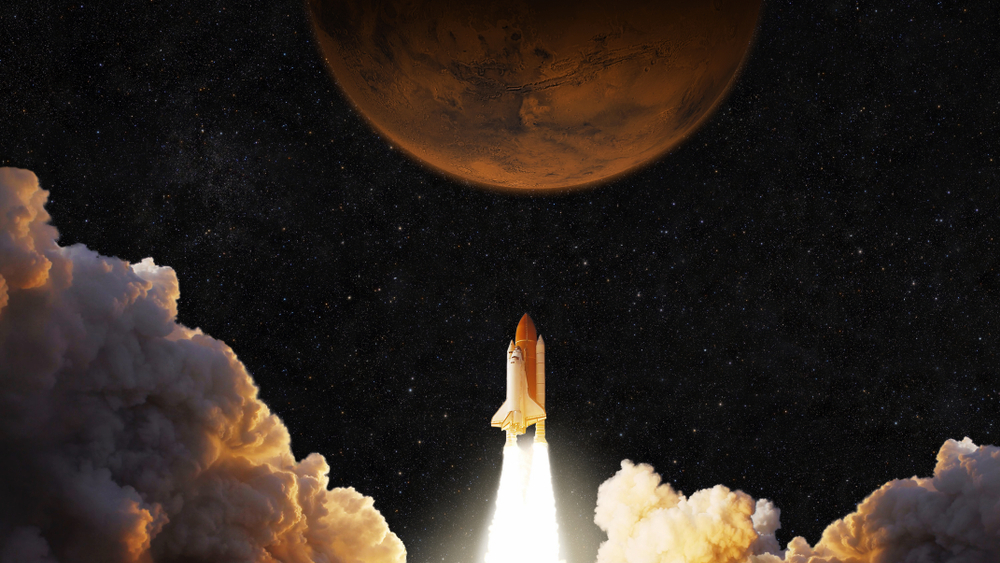 The various programs and policy proposals of President Donald J. Trump has polarized voters in a way that this country hasn’t experienced in many years. The Wall, trade tariffs, and travel bans are just a few of the many hot-button issues that have helped drive a wedge through the left and right. But amidst all the controversy, the President has put forth at least one idea that has been met with near universal approval: A United States Space Force.

“Who wouldn’t want to blast off into space?” asks Megan Cross, creative beverage director at the Hutton Hotel in Nashville, Tennessee. It’s funny she should ask, because upon further questioning at the recent Tales of the Cocktail festival in New Orleans, Cross conceded that she, in fact, would not be too keen about a one-way ticket to Mars unless she were allowed to bring along a few bottles of her favorite booze. After all, if the film The Martian taught us anything besides the fact that the Hollywood Foreign Press has a strange sense of humor, is that it’s awfully dry on the Red Planet. And a bartender in a dry place is an unhappy (and unemployed) bartender.

“I’d definitely bring along Tanqueray ($22) because I couldn’t live without gin, and I’m pretty sure Martians, if they exist, will love it too,” said Cross. “Oh, and I’m not getting on that rocket without Tequila Fortaleza Blanco Still Strength ($50), which is probably the greatest tequila in this world or any other.”

In the event there is alien life possessed of sense organs similar to humans, Michael Neff, co-owner of The Cottonmouth Club in Houston, would bring along Charbay R5 Hop Flavored Whiskey ($90), as he considers it “the closest they’ll come to experiencing a beer and a shot all in one amazingly flavorful package.” Neff would also pack bottles of the Bruichladdich distillery’s heavily peated Octomore 3.1 Islay Malt ($300), Jack Daniel’s ($25) and Fernet Branca ($30), “for shots to celebrate when we get wherever we’re going.”

Bartender and author Jim Meehan, the man responsible for NYC’s legendary cocktail spot PDT, believes that while whipping up cocktails in zero gravity would be a challenge, he’d bring along a bottle of East Imperial Tonic Water to mix with his favorite gin (which also happens to be Tanqueray). “Glassware probably isn’t necessary in space,” quipped Meehan. “Just better be sure to keep the lips of those bottles close to your mouth when you open them.”

Ham added that if she were to arrive intact on a distant planet, she’d want a bottle of Rhum Clément’s Canne Bleue on hand for Ti’ Punch, a Caribbean drink traditionally made with rhum agricole, lime, and cane syrup. As for the complicated matter of cultivating the latter two ingredients on a distant world, Ham proffered a simple solution.

“I’d invite Matt Damon,” she said. “To build a garden with his poop.”