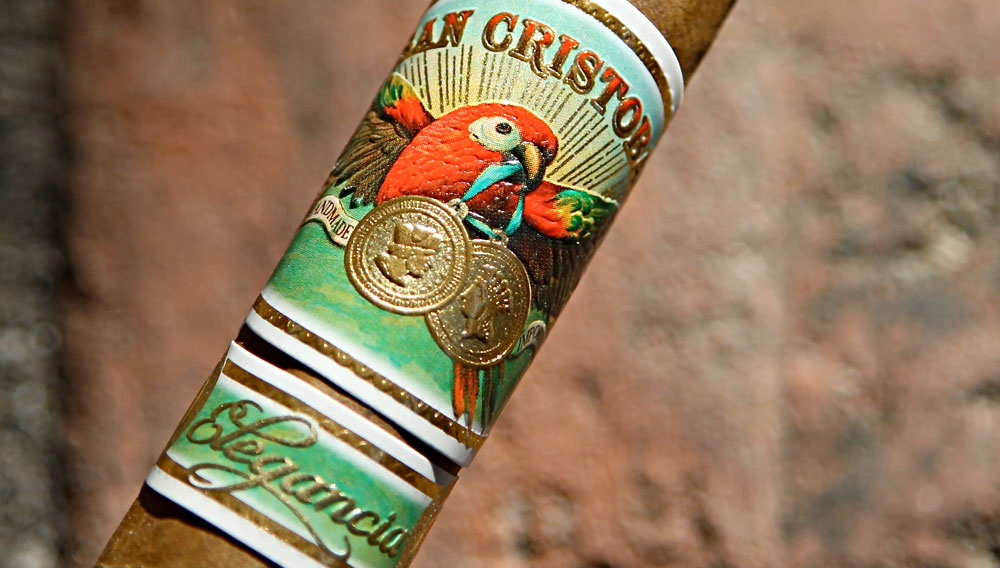 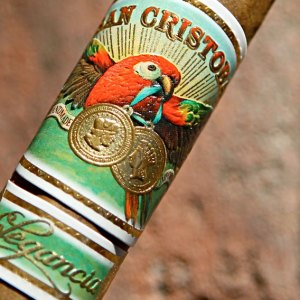 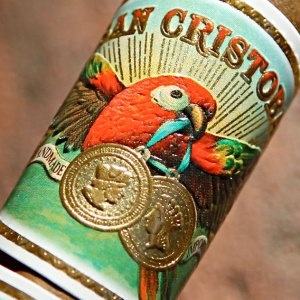 San Cristobal was introduced a few years ago as a collaboration between Ashton—one of the most innovative of today’s cigar companies—and José “Pepin” Garcia, a respected former Cuban torcedor who went on to achieve fame as a Nicaraguan cigar maker. The original San Cristobal, a Nicaraguan puro, quickly confirmed Garcia’s reputation, and became one of the most popular brands in the Ashton lineup. Its success led to the San Cristobal Selección del Sol, which featured a sun-grown Nicaraguan wrapper from Garcia’s “Estrella” farm.

Now Ashton and Garcia have taken this brand one step further by wrapping its rich Nicaraguan binder and filler with a prime Connecticut seed Ecuadoran leaf, to create the San Cristobal Elegancia. The smooth, silky texture of the wrapper works well with the spicy Nicaraguan tobaccos, and lends a sweet creaminess to the taste. Five sizes are available, ranging from a 5½ x 46 corona to a 6¼ x 52 pyramid. And as an indication of this cigar’s medium-bodied flavor, a number of tobacconists are teaming up with Ashton to pair the San Cristobal Elegancia with a private 11-year-old bottling of Macallan single-malt Scotch. You are invited to consult your tobacconist for more details. ($5.95–$6.90) (www.ashtoncigar.com)