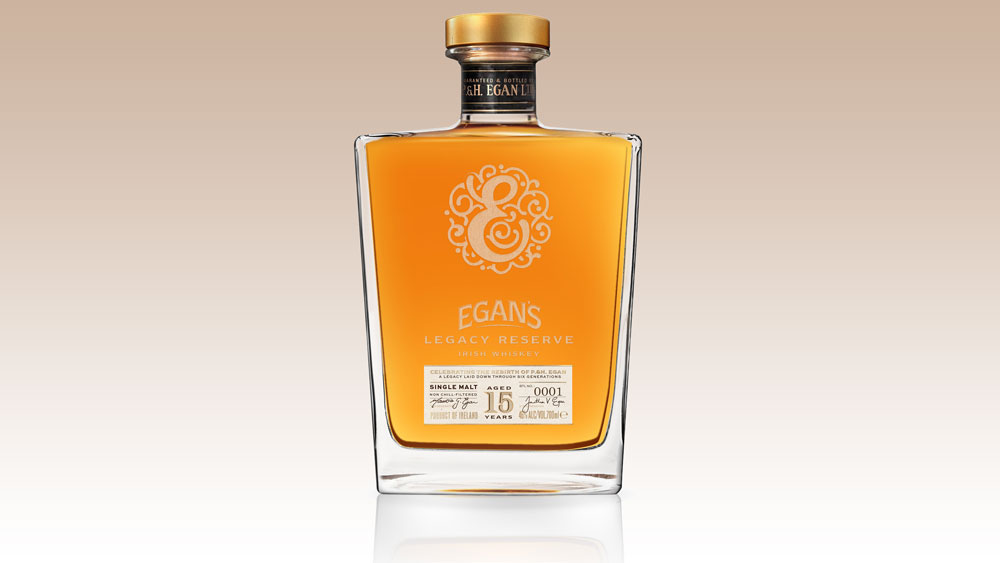 Don’t call it a comeback. After all, the Egan family of Tullamore in the midlands of Ireland has been here for years. They just took a wee break from the commercial production of whiskey is all—a 50-year break, to be exact.

In the late 19th and early 20th centuries, P. & H. Egan Limited was a prosperous purveyor of ale and whiskey throughout the United Kingdom (which at that time included all of Ireland). Then came 1916, and the first shots were fired in what would be a long, bloody journey toward Irish independence. By the time a truce was called in 1921, myriad lives were lost and so, too, were a great many Irish distilleries. P. & H. Egan held on, though. For a while anyway. But an economic depression that hobbled Ireland throughout much of the 20th Century finally forced the company to close up shop in 1968.

But the family’s passion for great whiskey endured. In 2013, P. & H. Egan Limited was reformed, led by Maurice and Jonathan Egan, whose forefathers began the brand six generations ago. A year later Egan’s launched their first expression: a smooth 10 Year Old Single Malt ($60) that wowed the judges at the prestigious San Francisco World Spirits Competition and served notice that an iconic brand was back.

Egan’s latest release is Legacy Reserve ($200), a 92-proof  whiskey that spent 15 years aging inside bourbon casks. That this is a whiskey of appreciable substance is made abundantly clear at first whiff. Among the many powerful aromas in play are tobacco, hazelnut, saddle leather, and dark roasted coffee. The liquid took in everything that charred white American oak had to offer. There’s ample spice on the palate, counterbalanced with vanilla, apple, and golden raisin flavors. Mouthfeel is sticky and firm—a departure from the majority of Irish whiskies which trend leaner. Legacy Reserve is meant to be enjoyed neat or on the rocks, though it also does right by an Irish Old Fashioned. A mere 1,000 bottles have been made available worldwide, so interested imbibers should act now.