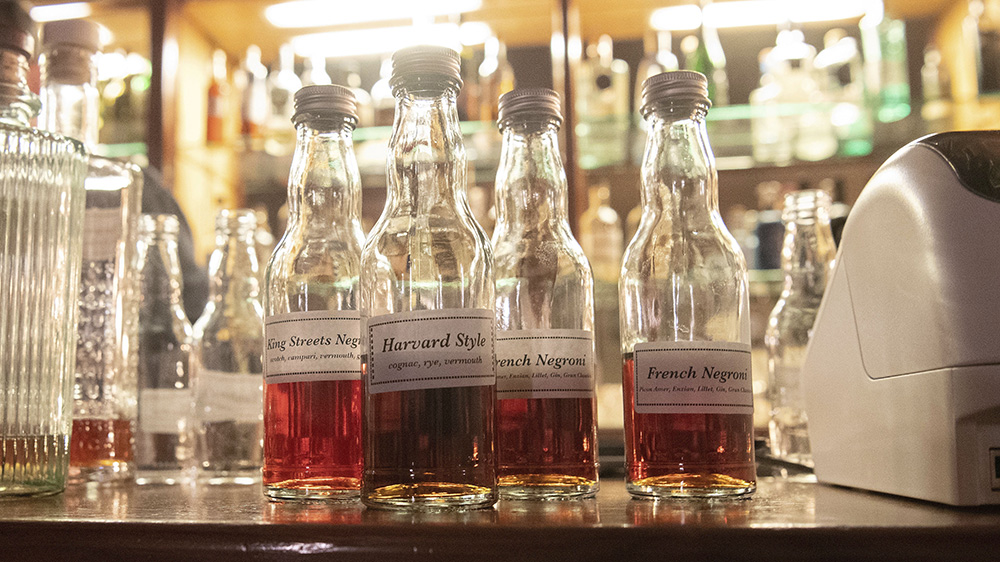 If you live in the England and had been contemplating a Dry January, 2021 might be the year to give it a try. That’s because the country’s just-announced Covid-19 lockdown restrictions will make alcohol that much harder to come by.

On Monday, Prime Minister Boris Johnson announced that all alcohol takeaways and deliveries within the country would be banned until at least mid-February, reports The Guardian. In addition to the ban, all restaurants and pubs will be forced to temporarily close their doors to on-premise dining as part of the new measures.

The ban on is part of a tightening of restrictions that the government hopes will help slow the spread of a new version of the coronavirus believed to be more transmissible that was discovered in the UK last month. While restaurants will not be able to offer table service, they are allowed to sell food for takeaway or delivery, reports the paper. However, they will not be allowed to sell alcohol to their customers.

The government reportedly believes that banning the sale of alcohol by restaurants and bars will reduce people gathering in groups to drink. There is said to be serious concern that if people can pick up alcohol along with their food, or have it delivered, they will congregate with friends nearby to drink. The sale of alcohol at markets does not appear to have been restricted as part of the new measures.

In the coming days, England will enter its toughest Covid-19 lockdown since March of last year. As part government orders, all schools and non-essential businesses that are not already closed will have to do so for at least the next six weeks, according to the paper. Additionally, residents will only be allowed to leave their homes once per day for exercise.

The new lockdown comes as new cases of the coronavirus surge in the UK. On Sunday, the country reported 58,784 new cases, 53,180 of which were in England. The UK also reported 407 deaths, bringing the death toll related to the virus to 75,431.