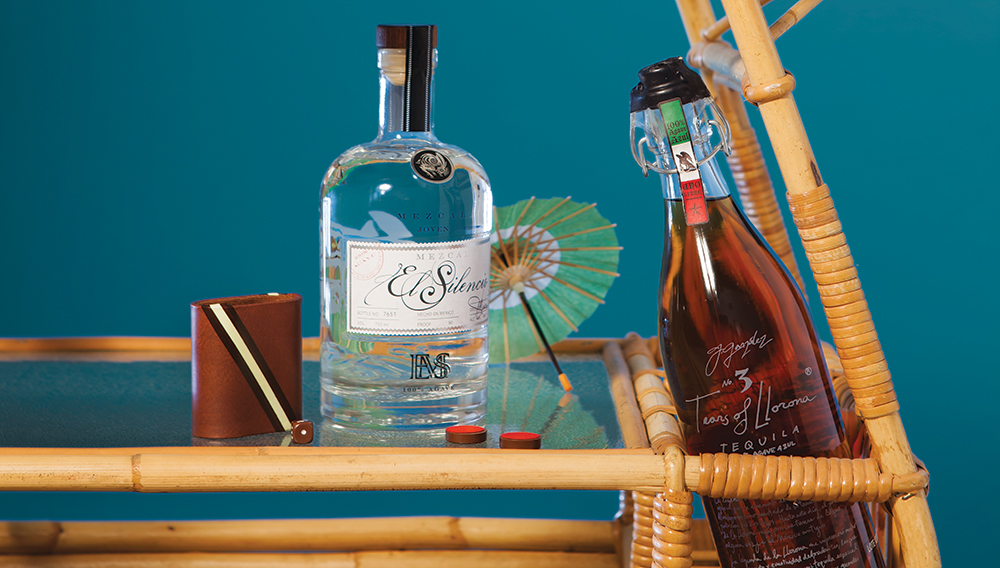 Tears of Llorona No. 3 Extra Añejo

This limited-production extra añejo was created by second-generation master distiller Germán González Gorrochetgui, who wanted to experiment with multiple-barrel maturation. As such, this pot-distilled spirit was intended to be enjoyed only by family and friends. However, the dark-hued extra añejo born from Gorrochetgui’s careful blending of his finest blanco tequilas in repurposed Scotch, bourbon, and sherry barrels proved to be so popular that he released a small number of bottles to the public. The result is a more-potent-than-normal, 86 proof extra añejo with a rich and hardy marzipan-forward spiciness. “I age the three blancos for the same amount of time in the three types of barrels, side by side,” says Gorrochetgui. “It’s not an exact recipe, just a careful blending of the extra añejos.” ($249)

The release of this rare tequila marks the first time the celebrated French crystal producer has partnered with an ultra-premium tequila. The spirit is an extra añejo blended from Patrón’s oldest and rarest tequilas, all of which have aged in a combination of American and French oak barrels for at least four years; the frosted decanter is adorned with a golden matte-crystal stopper in the shape of the piña, or heart of the agave. Only 500 decanters have been made. ($7,500)

​No translation is necessary to understand that this agave-based spirit’s name means “the silence”—a title that suggests this refined mescal should be sipped, savored, and contemplated. The spirit’s soft, sweet-smoke countenance can be attributed to a blend of three different organically grown agaves, each providing distinctive flavors: Espadín (smoky vegetables and leather), Mexicano (earthy minerality), and Tobasiche (floral jasmine tea). Once those agaves are roasted and crushed, their juices are distilled twice in copper pot stills and charcoal filtered, which imparts a smooth, buttery flavor that softens the smoke. ($79)

When Pyrat rum debuted in the mid-1990s, the spirit, with its ancient spelling of the word pirate and its Anguilla origins, brought a romanticism and much-needed credibility to the rum category (it is now blended and bottled in Guyana, having been sourced from throughout the Caribbean). For many, the epitome of the pot-distilled, Demerara sugar–based spirit is Pyrat Cask 1623—a blend of rums that have been aged for up to 40 years. Due to its thick, syrupy viscosity, Cask 1623 drinks more like a liqueur and is teeming with notes of smoky citrus and candied molasses. Very little of the sipping rum is produced, but bottles can still be found for those who are tenacious in their search. ($260)