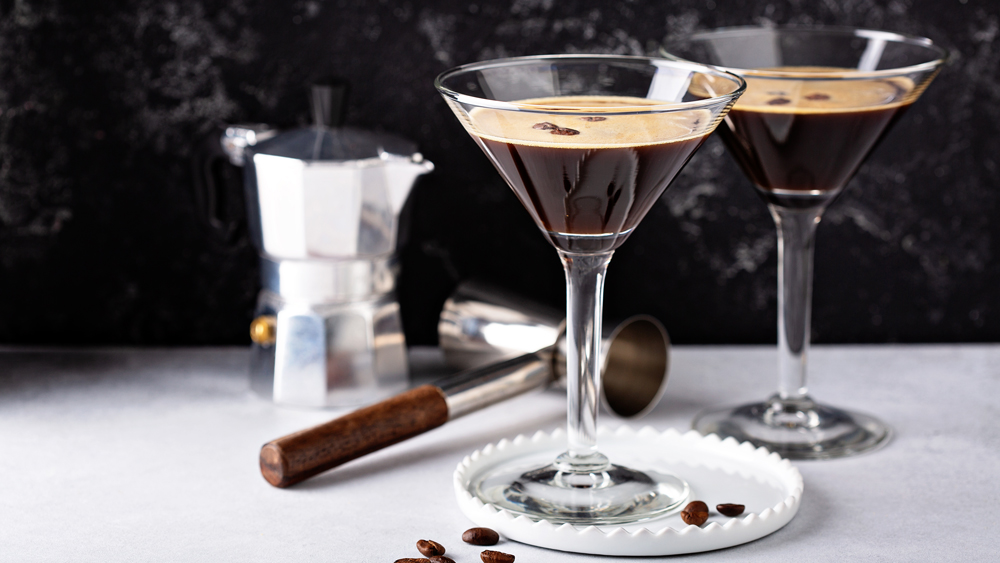 Contrary to pretty much all available evidence, Espresso Martinis don’t have to be bad.

In the US, the Espresso Martini has been less a cocktail and more of a function, a means to an end, a way to introduce a little chemical energy into the equation without requiring a separate cup. Even passionate defenders will acknowledge, sure, they’re a little too sweet, and yeah, not overly balanced or complex, but it’s an after-dinner treat, or a way to perk up for a night out, like a Vodka Red Bull for people who don’t listen to Joe Rogan.

Invented by legendary London bartender Dick Bradsell, the story goes that a famous supermodel (whom Bradsell, ever the consummate professional, would never identify) asked him for a drink that would, in her words, “wake me up and then fuck me up.” He took vodka, some espresso, Kahlúa and a touch of sugar, and the cocktail—originally named a Vodka Espresso—was born. It’s not a terrible drink. It’s just that it was invented in 1983, and really never evolved beyond that decade.

At least, not in America. In Australia, where coffee is something of a national obsession, the previous sentiment couldn’t be more wrong. There’s practically an entire drinking religion on the continent built around the Espresso Martini. In Melbourne you’ll find Espresso Martinis pushed to their creative limits: subbed with tequila or whiskey or shochu, appended with Fernet Branca or Chestnut liqueur, infused with nitrogen or Vegemite (I know that sounds like a mean joke but it’s not, or at least the joke isn’t mine), or layered under shaved chocolate and bruleed Marshmallow foam. There’s seemingly no limit to the amount of time and effort Australian bartenders will spend on this drink, and everyone makes it differently… though over the last few years, across this dizzying and inventive array of ingredients, one name pops up, over and over again: the Australian made Mr. Black Cold Brew Liqueur.

Coffee liqueurs have been getting better over the years and Mr. Black is the apotheosis of this trend, a gift from our neighbors Down Under who’ve been keeping the light going this whole time. It is the first big liqueur to lean into the 3rd wave coffee revolution, and they source and roast all the coffee themselves. Unlike Kahlúa, which tastes as much like sugar as it does coffee, this is unmistakable, with all the lovely tertiary notes intact—there’s strong coffee flavors, of course, and the accompanying caramel and chocolate notes, but also echoes of stone fruit and blueberries—in short, all the complexity and deliciousness of an excellent cup of coffee.

One of the biggest problems with our Espresso Martini has been that so few restaurants (let alone homes) have espresso, and aren’t going to get it—we just simply weren’t willing to do the work to make this drink great. But the past five years have done us two favors: They’ve given us better liqueurs and made cold brew (ice coffee’s stronger big brother) universally available. Suddenly, it’s easy to make the Espresso Martini great, as cold brew has a much longer shelf life than espresso, and is incalculably easier to procure.

This has allowed the Espresso Martini—the version that isn’t bad—to be democratized and modernized at the same time. This updated take has an arching dynamic complexity, a deep coffee richness and a sweetness held very much in check. It’s a drink you sip and enjoy, a rehabilitated classic for which we owe our Australian friends a debt of gratitude. Yet grateful though we are, we still recommend leaving out the Vegemite.

Add ingredients to shaker tin, and shake well over ice. Strain up into a coupe or cocktail glass, and garnish with three coffee beans.

Coffee Liqueur: As indicated above, Mr. Black is a very strong choice. It’s broad and complex on the palate and most strongly resembles a great pour over from the most hipstery place in town. Also great is the St. George NOLA Coffee Liqueur, which takes a cue from the Crescent City and blends with a small bit of chicory—it will have fewer tertiary notes, but hits the core coffee flavor harder and deeper. A sweeter but still great choice is Borghetti, from Italy, which resembles the dark moody roasts Italians favor. Honestly Kahlua is ok too, but if you use Kahlúa or Borghetti, omit the simple syrup. They’re sweet enough already.

Vodka: Brands couldn’t matter less. Just use whatever you have. But just in case you’re out, we have suggestions.

Cold Brew Concentrate: You can get any of a half dozen brands at any decent supermarket, or at your local cafe. It’s a good time to support local businesses, but for mass market options, Stumptown or Chameleon works well. I’m sure others would too. You don’t want just cold coffee, you want it to be rich and bold. If the instructions recommend that you mix it equally with water before serving, it’ll be great here.

Simple Syrup: It’s equal parts white sugar and water, and stir until the sugar is dissolved. Using hot water will make the sugar dissolve faster.  It’ll last a month in the fridge—toss when it gets carbonated (fermenting) or cloudy (mold).