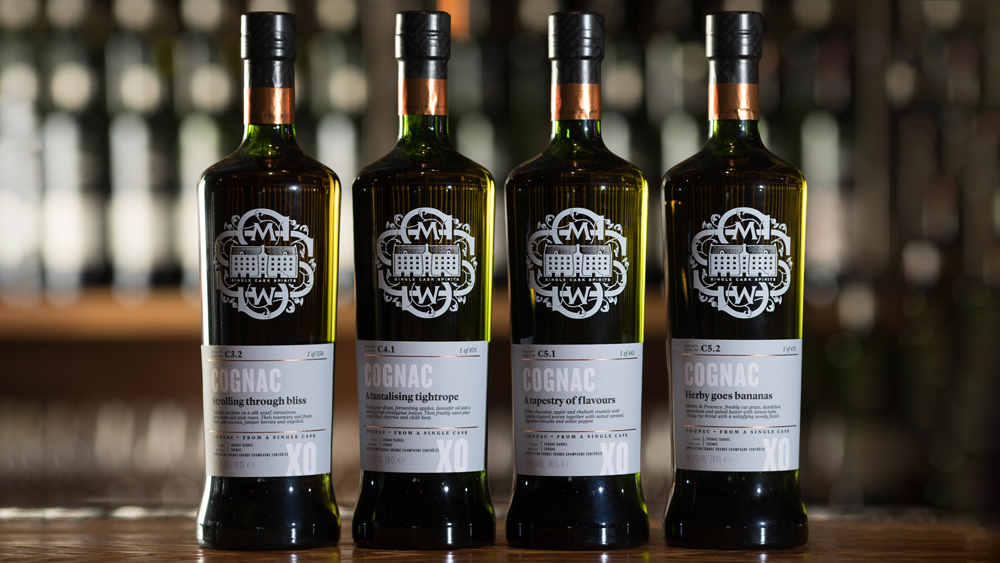 “Sophisticated but Frolicsome.” “Strolling Through Bliss.” “Flowers Pressed in Wood.”  Are those headlines from personal ads? Actually, they’re the names of bottlings offered by the Scotch Malt Whisky Society (SMWS), the club that’s been offering exclusive and highly collectible single malts to its members since 1983.

Throughout the Society’s 35-year history, the blueprint has remained essentially the same: Scour the distilleries of Scotland for noteworthy casks, bottle them, and offer them to its members. The whiskies’ distilleries of origin are never revealed (the distilleries are identified strictly by numbers) to encourage unbiased palates. Each cask contains only a couple hundred bottles’ worth of whisky—not a lot, considering there are now 27,000 Society members worldwide. Many members settle for sampling the Society’s wares at events held regularly around the globe.

The SMWS has long made other spirits available to its members on an unofficial basis, from bourbons to rums to Armagnacs. But now, for the first time, the Society will be officially expanding its breadth beyond Scotch single malts. The recently launched Single Cask Spirits Collection ($195 to $350) includes in its first “outturn” whiskies from America and India, rum from Trinidad, and Cognac from, well, Cognac. The four Cognacs are perhaps the most noteworthy, as the spirit is almost always blended, so single-barrel offerings are few and far between.

There will be a few constants throughout the spirits spectrum—the oddball names given to each bottling, the distilleries’ names being kept hush-hush, and, most crucially, the over-the-top tasting notes from the Society’s tasting panel. For example, take this nugget about the Cognac called “A Tantalizing Tightrope” (Cask C4.1): “…heady linseed oil on printer paper, artist’s varnish, and almond oil came to the fore closely followed by freshly sawn pine wood and a dew-sprinkled Limousin oak forest at dawn.” It’s almost as fun to read about as it is to drink.