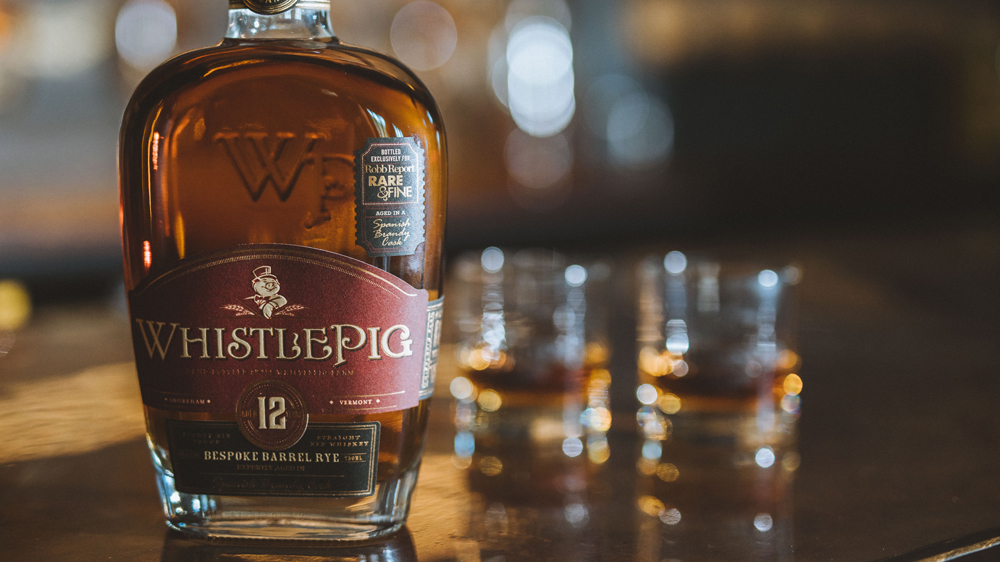 As the second golden era of American whiskey rolls on full force, it seems clear we’ve ventured beyond our initial enlightenment and into an age of romanticism. It’s dogma now that traditional bourbon- and rye styles can be as nuanced, complex and enjoyable as anything from Scotland or Japan—the booming market for ultra-premium American expressions more than bears that out—and so a focus on heritage bona fides and from-the-vault recipes has given way to a studious sort of experimentation, a widespread desire to push stylistic boundaries and seek inspiration beyond the backyard.

Few do it as inventively and expertly as Vermont-based rye specialists WhistlePig. Playing with form seems embedded in the brand DNA, with superb whiskies created using various finishing techniques involving Madeira, Sauternes, Armagnac, Spanish oak and South American teakwood casks, as well as rare Japanese Umeshu barrels. Indeed, everything in the brand’s catalog, including its tried-and-true FarmStock series, presents a distinct point of view in the glass.

This always-refined inventiveness made WhistlePig the perfect partner for Robb Report Rare & Fine’s first whiskey collaboration, a single-barrel rye made exclusively for us at the distiller’s Shoreham, Vermont farm. After aging for 12 years in charred new oak barrels, the rye was finished in Spanish brandy casks for a smooth, mellowing counterpoint to the spicy high-rye mash bill.

“The nose comes right from the Spanish brandy, loaded with roasted fruit and plum flavors,” says Emily Harrison, Whistlepig’s lead distiller, of the 86-proof spirit, which is a deep red-amber in the glass. The warm, fruit-heavy nose gives way to an initial wave of rye spice on the palate, followed by bright flavors of grass and rosewater. Befitting the rye’s 12-year aging process and its extraordinarily creamy mouthfeel, the finish stays with you—a long, lingering heat punctuated by bursts of freshly cracked black pepper. Harrison likens the combination of warm, spiced aromas and long heat to “sitting next to a fire in the winter,” but the complex, layered flavors make for a wonderfully contemplative sipper any time of the year.

The fruits of WhistlePig’s experimentation, though, are fleeting by nature. It’s part of the appeal: like great live performances, these daring flashes of cleverness and wit, recorded in limited bottlings, are here … until they’re gone. In the case of WhistlePig and Robb Report Rare & Fine’s 12-year-old Bespoke Barrel Rye aged in Spanish brandy casks, that means a limited run of just 696 bottles. Don’t miss out.