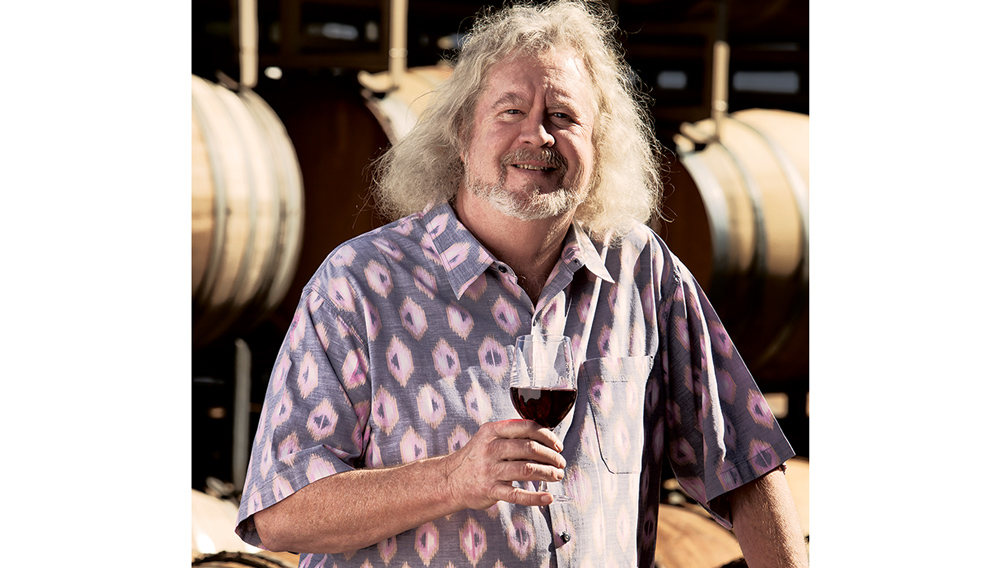 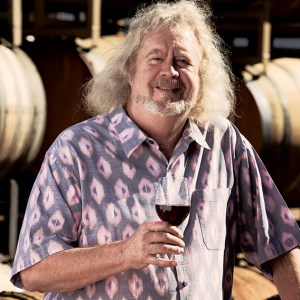 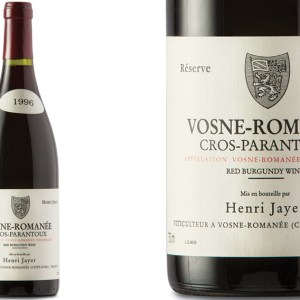 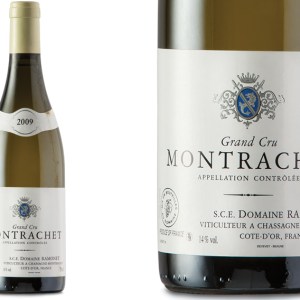 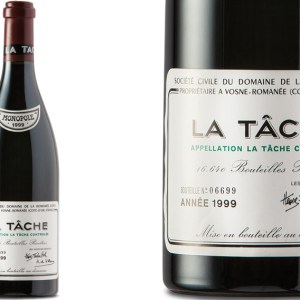 Much has been made in the media about the “new” generation of California winemakers practicing a more classical style in the cellar. Jim Clendenen, founder of Au Bon Climat in Santa Barbara County, has been preaching (and practicing) the benefits of restraint and balance for decades. His elegant and ageworthy Pinot Noir and Chardonnay are grown on the sunny Central Coast, but they become wines with a distinctly Burgundian point of view, showing the influence of his mentor, the late Henri Jayer.

Clendenen is endlessly curious, and in some vintages he makes 75 different wines, including bottlings for chefs such as Joachim Splichal and Emeril Lagasse. For his secondary label, Clendenen Family, “I make bizarre things like Gewürztraminer and Aligoté,” he says, “plus we have Teroldego, Syrah, Nebbiolo, Viognier, and other stuff.”

Recently he pulled five bottles—all Burgundies—from his 4,000-bottle cellar to illustrate the five wines that have influenced him most. His selections are as much about the winemaker as they are about the wine—“My life is too short to act like a product can be separated from the person who produces it”—and lend credence to the depth of his knowledge and friendships. It is also clear that some of his friends are among the most legendary winemakers in world.

“If you’ve had a glass of Jayer Cros-Parantoux, why would you want to make a wine that tastes like all of these big, sweet, heavy Pinot Noirs that Sonoma made popular?” Clendenen says. This tiny premier cru vineyard produces wines that are seamlessly powerful, succulent, and focused. “It has everything Henri’s wines have in spades: fruit, class, breed, and this sort of undisciplined exuberance that I really like.”

“Noël Ramonet is one of the most unique characters you’ll ever meet. When he shows up, he may be wearing a T-shirt and track shorts, unshaven for four or five days. But he has a phenomenal palate, and his wines always have great detail and definition and wonderful acidity. He’s not into showy and blowsy wines, but if you have enough patience, his trim, tidy, balanced wines grow up and become glorious.”

“The bottle of wine that most influenced me was a 1962 La Tâche—a profound wine, and still the greatest bottle of my life. When I tasted it [in 1984], it was nothing like my stem-included wines from Santa Barbara, and I realized the path we were on with the grapes that we had was not going to work. A lot of winemakers say, ‘I want to make wine just like La Tâche,’ but trust me, they’re deluding themselves.”

“I met Coche in ’81. He made me recognize that the right person working with the right piece of dirt—which he did not inherit, he leased—and farming it properly could create absolutely glorious wine. Coche’s wines are opulent, rich, in some ways like a New World wine. I was going tighter and tighter in the late ’80s, trying to make my wines more Burgundian. He made me realize you could make expressive wines that still age well.”

“Dominique Lafon inherited the best white wine dirt in the world and has made great white wines, but he’s a great red-wine winemaker. This Volnay is world-class—wonderful color, clean, perfumed, intense, and balanced. I’ve come close to buying land in Burgundy because I love Dominique so much, but I ended up buying 100 acres in the Santa Maria Valley and planting them for less than one hectare in Burgundy.

One Size Fits All

For the last 20 years, one mark of a serious wine connoisseur has been a cabinet spilling over with specific glasses for every varietal. But lately a backlash against this tyranny of stemware has taken hold, and a number of fine-glass makers have responded with “universal” designs meant to enhance every sort of wine. One of the best is the One for All by Gabriel-Glas (Gold Edition, $55 per stem; winegls.com). Mouth-blown in Slovakia from a design by the wine critic René Gabriel, its broad bowl increases the surface-to-air ratio, essentially decanting the wine in the glass, while its graceful curve channels aromas to the nose and gently delivers wine to the tongue. All for One’s fans include influential sommeliers such as Mark Bright of Saison and Luke Kenning of Farallon, and after testing the glasses with wines from Barolo to Riesling, we too found ourselves reaching for this delicate vessel over the many others crowding the shelf.