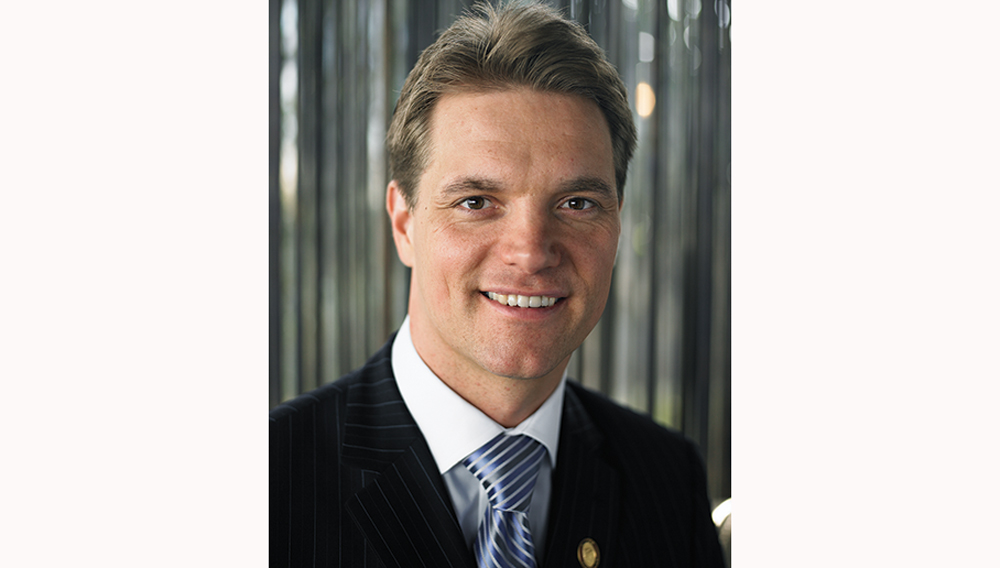 “If I pour you a glass of Merlot, I guarantee that before you pick up the glass you’re tasting every Merlot you’ve ever had or even think you’ve had. Blind tasting frees you from that.”

As the examination director for the Court of Master Sommeliers, Shayn Bjornholm oversees the toughest test in the business: the master sommelier diploma exam—the three- or four-day beast chronicled in the 2013 film Somm, and its feared, rapid-fire blind tasting. After years of preparation, each candidate has 25 minutes to identify six wines—grape, country, region, vintage, and quality level—based on just a few sips. It is, shall we say, a bit nerve-racking.

But Bjornholm is also a fan of blind tasting for fun, when there is no more at stake than bragging rights for a night. These informal blind tastings are also how professionals introduce each other to surprising discoveries, escape the label’s strong power of suggestion, develop a nuanced palate, and, of course, gain bragging rights (perhaps for a lifetime).

In that spirit, we asked Bjornholm to name his five best ringers: intriguing wines that challenge even the most brilliant blind tasters. “The key to playing this game of ringers is, it has to be close” to tasting like a better-known wine, Bjornholm says, “but show just enough of its origins that someone could get it.” Each of his choices is also a world-class recommendation for collectors, a wine that challenges assumptions and rewards out-of-the-box thinking.

WATCH
1/ Clarendon Hills 2010 Grenache Clarendon ($45)
McLaren Vale, south of Adelaide, Australia, “offers what Grenache wants in a growing region—sunshine, great soil, and typical soils,” Bjornholm says. “True Grenache can grow there, and the great wines can be mistaken for Châteauneuf-du-Pape.” The tell: Southern Rhône Grenache has herbal garrigue aromas, while Australian Grenache tilts toward eucalyptus. “If you get that one little tweak—and maybe a little more fruit and American oak—you’ll guess Australia over Rhône Valley.”
(Continues on next page…)

Assyrtiko, a Greek grape grown on Santorini, “is completely perplexing,” Bjornholm says. “It’s grown in such a warm region, but it has such searing acid. And with the Wild Ferment, you get natural flavors that make people say this has to be Chablis.” This bottling in particular—made with top fruit fermented in stainless steel, and oak and acacia barrels—has a funky complexity of saline, oyster shell, and mushroom. “It indicates the Old World and Chablis specifically.”

This Italian sparkler is the one challenger to nonvintage brut Champagne: “Pick your poison—Veuve Clicquot, Moët & Chandon, Piper-Heidsieck—Franciacorta could be mistaken for any of them.” Monte Rossa is made with 100 percent Chardonnay using the classic methode Champenoise and aged long on the lees. The Satèn, bottled under lower pressure than Champagnes, has slightly less effervescence and a softer texture than Champagne; it is also slightly less brisk and austere.

Fruit from Washington’s cool Yakima Valley, and a winemaker with a “less ripe, less alcohol, less superfruity” approach, results in a focused, peppery Syrah that is a dead ringer for Crozes-Hermitage. “We cannot put this wine into master sommelier examinations,” Bjornholm says, “because it tastes so much like France it would be unfair to have it on the test.” The winemaker, Greg Harrington, is a master sommelier and the Lagniappe is perhaps his best-reviewed bottling.

This Bordeaux—73 percent Merlot, 18 percent Cabernet Sauvignon, and 9 percent Cabernet Franc—is made in a modern style that can easily be confused with a top Napa Valley Merlot. “There is a bleeding over of New World and Old World style,” Bjornholm says. “And with climate change, it’s very hard to tell these guys apart.” Here, there is just enough earth, just enough reserve in the use of oak and ripeness, that an attuned taster will say “Bordeaux.”

Shayn Bjornholm runs high-pressure professional blind tastings, but he says some of the same controlled conditions will make a big difference for a casual blind tasting at home. Be sure the stemware is clean and free of detergent or wine odors, and use glasses that are all the same shape. Keep the room free of other aromas (“No steak or tacos or dog or whatever it may be,” he says). Serve both reds and whites at 62 to 64 degrees. Obscure the shape of the bottle in a loose-fitting bag.

When choosing wines, pick a theme such as grape variety, vintage (“a great one, say, 2010 Bordeaux”), New World versus Old World, or American oak versus non-American oak. Select wines that speak to the place, not necessarily the highest rated. “The key is to set people up for success,” he says. “And have some kind of prize. If you’re giving away bottles of wine, people are going to try a little harder.