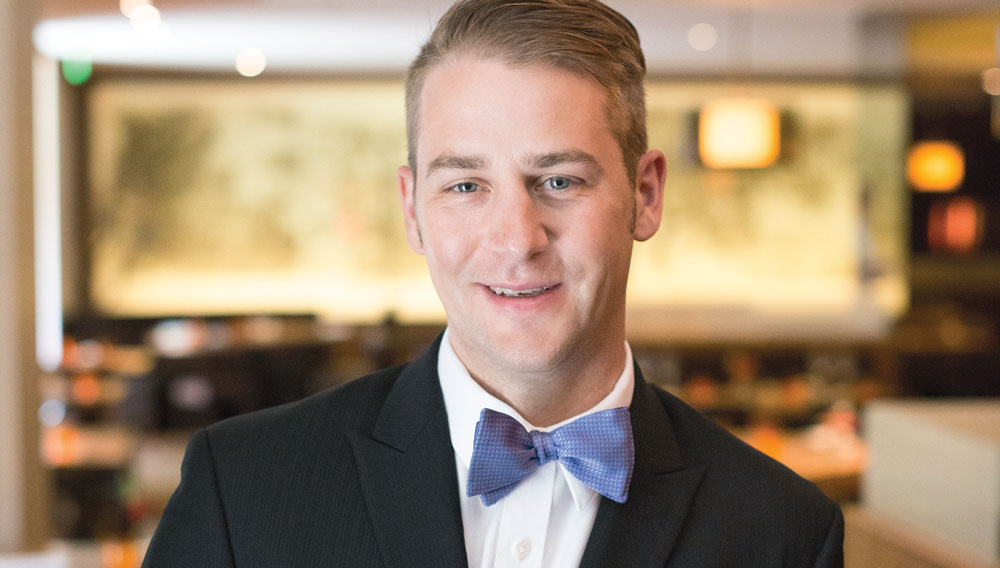 Sommeliers have their own version of the desert-island question: If you could drink from only one region for the rest of your life, what would it be? For Ryan Stetins, wine director for the Ritz-Carlton, San Francisco, the answer is obvious. “You can quite literally only drink wine from Piedmont and be completely satisfied,” he says. “There’s dry sparkling wine from Alta Langa, light summer white wines like Arneis, and if you want to get to those international varieties everyone is in love with, Chardonnay and Sauvignon Blanc, Angelo Gaja is making some terrific examples.”

But the northern Italian region reaches its apex with Nebbiolo, the brooding, rustic grape that evolves into elegant, nuanced Barolo and Barbaresco—wines that Stetins came to fully appreciate during his years as sommelier at Charlie Trotter’s in Chicago. “When you’re pairing, people talk about the structure, the acid level, the alcohol, the tannin, the flavor profile—but the real question is, can you find a wine that is equally complex as the food?” he says. “That’s when you have an insane pairing, when one doesn’t outshine the other. And these wines are insanely complex and diverse.”

An ultratraditional, ultrapremium producer and a warm vintage year have created what may be one of the greatest Barolos ever made. “It’s got this beautiful big, chewy tannin structure and an almost smoky, volcanic element,” Stetins says. “It’s got so much length and such mushroomy elements—it truly smells like truffle. This is a wine you can have 30 years from the vintage, and it’s not going to miss its apex.” But Stetins recommends opening it from 2018 to 2028.

“Vietti has everything a proper Piedmontese should, but also more friendly edges,” he says, “more plushness and roundness.” Winemaker Luca Corrado learned from his father and, in the local tradition, also makes Arneis, Barbera, and Moscato d’Asti. Rocche is one of his top Barolos, with an intense fruit-first style and lively florals like the heady aroma of early spring. A big vintage “with huge Parker points—everyone loves it right off the bat.” Drink it now through 2020, and beyond.

Founder Aldo Conterno’s three sons have brought a modern sensibility to the house’s traditional winemaking. This barrel selection is from a dry, arid year, which turned out to be “an awesome vintage.” Smoky, meaty elements give way to dark, roasted fruit flavors and baked spices. “It’s not as lip-smacking as the Vietti,” Stetins says. “It’s showing the intensity of what the fruit had. Give this one a little more time; it will really blossom around 2018.”

Established in 1761, Borgogno’s cellar has the depth to age wine in neutral Slavonian casks for six to eight years and hold bottles for decades before release. “They continually taste to see when it’s ready,” Stetins says. “As a sommelier, I can’t respect anything more.” Last year, part of the spectacular ’85 vintage was released. An intense, evocative wine, it “smells like Piedmont to me—like the misty, foggy air you breathe in every time you walk around. It has the same regal, ancient aroma.”

Without being modern in style, Angelo Gaja was the beginning of the modern era for the region. “He makes wines that are unforgettable,” Stetins says, and among the most collectible in the world. This Barbaresco embodies his approach: big, bold, and forward when first opened, with a fascinating transition to a soft, elegant, and very delicate wine. In its prime now, but it “could age till infinity because of its tannin and acid.”

Mark Bright, one of the country’s leading sommeliers, is opening his private cellar to collectors. Bright is the co-owner and wine director of the Michelin three-star restaurant Saison and owner of the Burgundy-centric wine bar Les Clos, both in San Francisco. He also operates the Bright Wine Fund, an investment group and brokerage that sources great Burgundy direct from that region’s impeccable cellars. He has amassed 33,000 bottles from the 1970s, ’80s, and ’90s, and beginning in June, he will offer as many as 3,000 selections through the website, brightwinefund.com. The cellar’s treasures—such as 1945 Château Lafite-Rothschild ($2,750) and 1997 Henri Jayer Echezeaux Grand Cru, Cote de Nuits ($3,250)—previously had been available only to Bright’s private clients. And because even Bright can’t live on Burgundy alone, about 20 percent of the cellar is from France’s Loire, Rhône, Bordeaux, and Champagne regions, Napa Valley, Spain, Austria, and Italy. —Dan Fredman