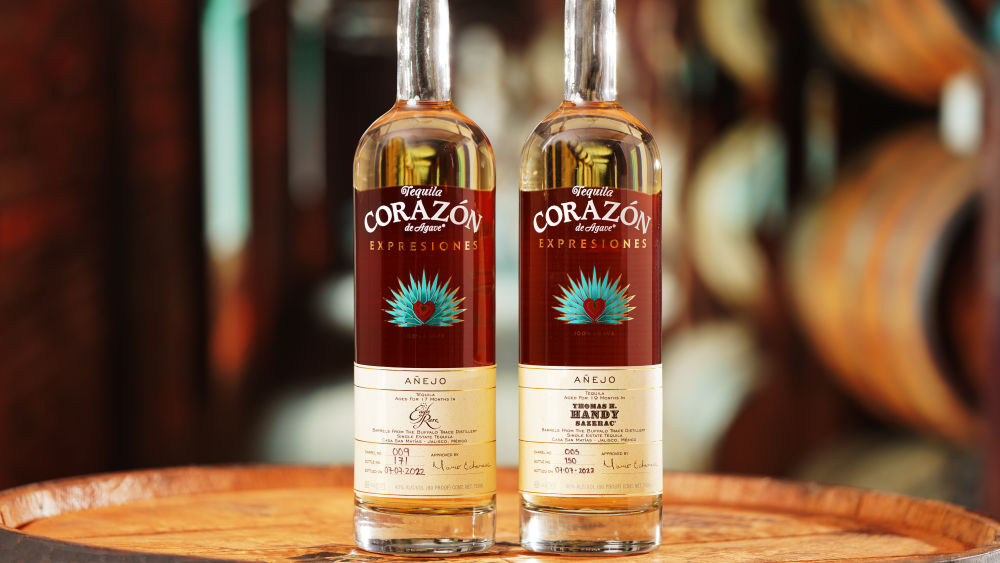 Unicorn whiskey hunters, have you been furiously trying to track down bottles of this year’s Buffalo Trace Antique Collection this fall? If you haven’t been able to score one, you’re certainly not alone. But you might have just a slightly easier time finding this pair of tequilas aged in barrels from that coveted collection.

Sazarac is the parent company of both Buffalo Trace and Corazón Tequila, so this synergistic partnership makes a lot of branding and marketing sense. After all, put names like Eagle Rare 17 or Thomas H. Handy Sazarac on a bottle of tequila and the odds are that the value will shoot up and whiskey hunters will take notice. It’s not just Sazarac trying this technique out either—over the past two years, Beam Suntory’s El Tesoro tequila brand has released tequila aged in Booker’s 30th Anniversary and Laphroaig barrels. But the level or fame (or infamy, depending on your take) that the BTAC has achieved over the years does put this in a special category.

Corazón is made at Casa San Matías, which the brand touts as being one of the oldest distilleries in Mexico. There have been prior releases in the Expresiones del Corazón Collection using different barrels, but this year consists of just two single-barrel anejo tequilas. The first was aged for 17 months in barrels used to mature Eagle Rare 17, the older sister to the 10-year-old expression that is in Buffalo Trace’s core lineup. According to Casa San Matías owner Carmen Villarreal, that 17-month maturation time was by chance, not to coincide with the age of the bourbon. But the results are lovely, a very light colored tequila with big vanilla and spice notes along with caramel, grass, hay and a nice hit of black pepper on the finish. The second bottle was matured in Thomas H. Handy Sazerac Rye barrels for 19 months, the uncut and unfiltered cousin to the regular Sazerac Rye. This is the standout of the two, with cooked agave notes shining through a base layer of cinnamon, chocolate, nutmeg and butterscotch.

These are anejo tequilas that are not overpowered by barrel aging, which is a nice surprise given the hype behind said casks and the frenzy that surrounds these annual whiskey releases. There’s a simultaneous complexity and subtlety to these tequilas, and certainly enough wood character to intrigue the most dedicated whiskey drinker. The SRP for both bottles is $79.99, but be prepared to pay at least triple that once they hit the secondary market.