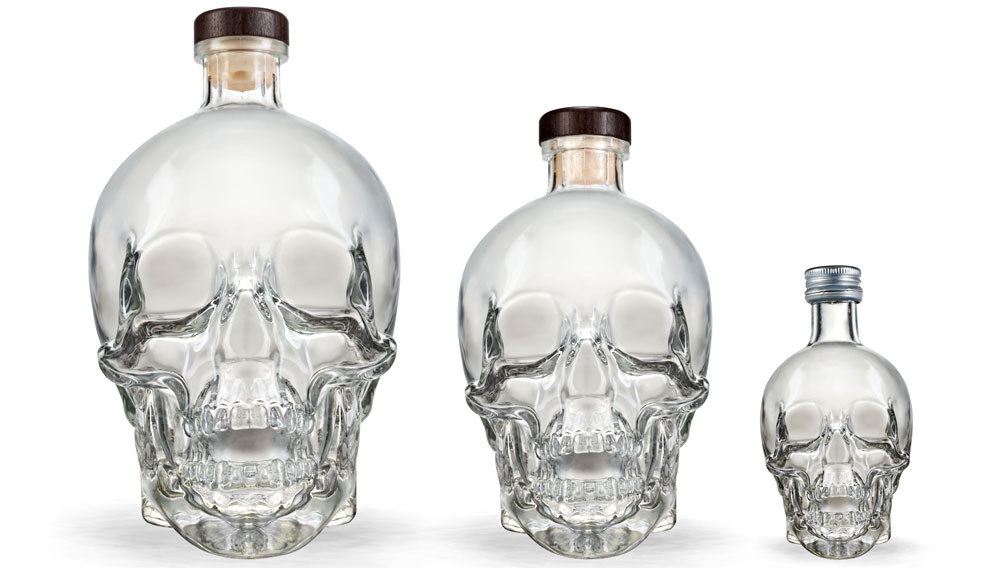 According to legend, 13 mysterious quartz crystal skulls placed in various parts of the world by extraterrestrials thousands of years ago are believed to possess mystic powers of enlightenment. So far, eight of these life-size skulls have been found, and they were the inspiration for Steven Spielberg’s movie Indiana Jones and the Kingdom of the Crystal Skull. But they also inspired actor-comedian-musician Dan Aykroyd, a student of the paranormal, to create Crystal Head vodka ($50), a glacier-clear spirit that provides enlightenment of its own.

“Many other vodkas begin by adding glycerin,” says Aykroyd, “which is essentially an antifreeze. Plus, they add citrus oil, which in its raw form is a bug exterminant. With Crystal Head, we wanted to unmask the alcohol and focus on its purity. When I make a martini, I don’t want one that has an additive in it. I want to start with a clean slate, a virgin canvas. So we decided to go the other way, and remove all of the oils. It’s completely additive-free.”

Distilled in Newfoundland in honor of Aykroyd’s Canadian heritage, Crystal Head’s crisp, clean taste is also the result of using glacial waters from subterranean aquifers, and quadruple distillation. Plus, during the last phase, the spirit is filtered through 500-million-year-old quartz crystals known as Herkimer diamonds, thus providing a link with the real crystal skulls.

No less unique is the Crystal Head bottle, designed by Aykroyd’s friend and business partner, American artist John Alexander, and created by Bruni Glass in Milan. It is a close approximation of the privately owned Mitchell-Hedges crystal skull, one of the eight known to exist. Those who have seen some of the publicly displayed crystal heads, such as in the British Museum, the Musée du quai Branly, and the Smithsonian Institution, often report a feeling of serenity, which is probably akin to the feeling one gets after a martini made with Crystal Head vodka. (www.crystalheadvodka.com)