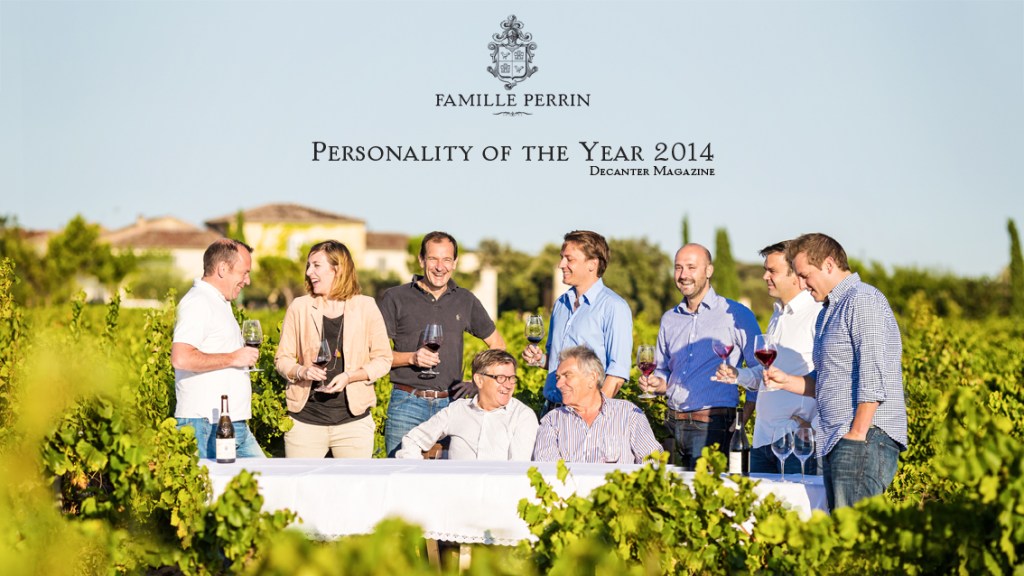 From the legendary Château de Beaucastel to the partnership with Brad Pitt and Angelina Jolie at Miraval, Famille Perrin has experienced more than a century of success. Voted Personality of the Year 2014 by the leading European wine magazine, Decanter Magazine, Famille Perrin is now the largest owner of vineyards in the best terroirs of the Southern Rhone Valley. With this award, the world of wine commends both a pioneer and visionary family: a pioneer in organic farming since 1953 and in biodynamic winegrowing since 1970, the first to have used the Rhone varietals in the U.S. and to believe in the potential of Paso Robles from 1989. This title also rewards the investment of the family to promote its region with the creation of the L’Oustalet restaurant and hotel, at the heart of a winegrowing village in Gigondas.

Jean-Pierre and François Perrin said: “We never followed the trends! We are pleased to see that the decisions made by the successive generations are now the source of the success of our family. To follow through with your ideas, sometimes in disregard of the ideas of other people, is a way to assert its own identity but also means taking the risk of being misunderstood. Or that people think you are crazy! Only the result counts and this award proves that this strength of character, without any concession, becomes today a must-have to make great wines.”

If the worldwide success of “La Vieille Ferme” has contributed, since 1970, to the recognition of the quality of the Rhone Valley wines in more than 80 countries and to the development of the wine estate, the company has remained a family business. Famille Perrin consists of two generations, nine brothers, sisters and cousins who share the tasks and decisions under a philosophy of excellence initiated by Jacques Perrin. The legendary cuvée “Hommage à Jacques Perrin “, a tribute to him, is the only non Bordeaux French wine to be distributed by Bordeaux negociants alongside the Premiers Crus Classés. Associated with the world’s finest wine producing families, Famille Perrin is a member of the Primum Familiae Vini association since 2006.