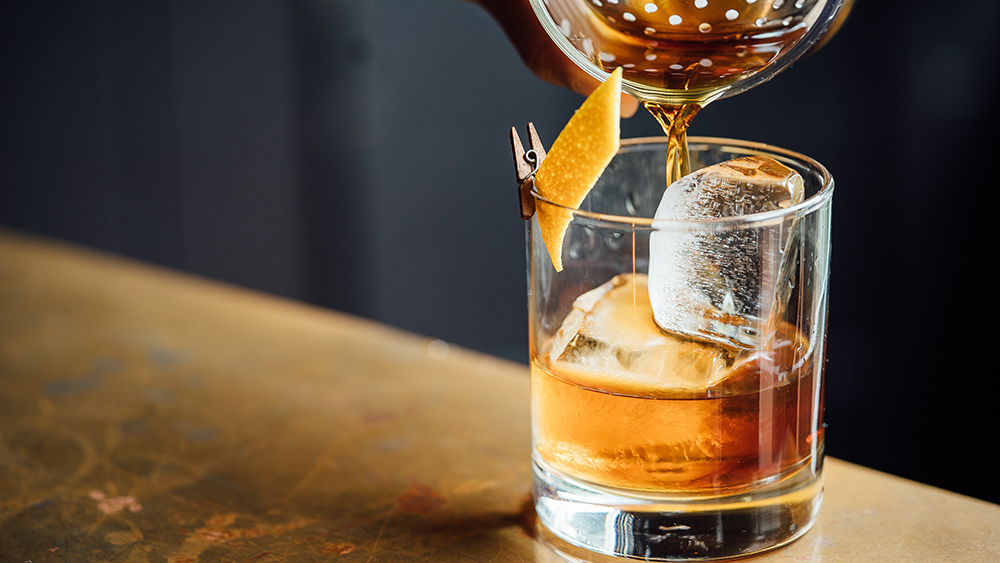 On the way into Benu, chef Corey Lee’s impeccable shrine to fine dining in San Francisco, you notice a few dozen knee-high onggi, earthen jars in which he ages his astonishing soy sauce. At Atelier Crenn, across town, the menu isn’t a menu so much as a poem, composed just for your meal: You don’t order from it; you merely try to decode the prophecy as you go. At New York City’s Masa, the sushi counter is a solid piece of Japanese cypress, which is sanded daily for the correct tactile experience. At Alinea, in Chicago, dessert might be a piece of pumpkin pie as clear as museum glass or an edible helium balloon, string-guided through the dining room like an ill-fated zeppelin.

What do all of these restaurants have in common? For one, they all earned three Michelin stars in 2019. For another, if you wanted to get a cocktail after your meal, you’d have to go somewhere else.

Taken as a whole, fine-dining restaurants clearly view cocktails as nonessential. Many (including five of the 14 American venues that have three Michelin stars) don’t have a bar at all. That’s fair enough: Every restaurant has an identity, and not everyone can or should make cocktails. I don’t expect a mojito at a sushi counter any more than I expect potato skins.

The problem is that plenty of the fine-dining establishments that do have bars don’t seem to take their cocktails seriously. At these temples of invention and hospitality, where every ingredient comes with a three-minute narrative and the prep guide for each dish has so many steps it would break a Fitbit, cocktails are an afterthought. And nothing should be an afterthought at that level.

Consider your basic cocktail list, the kind you’ll find at any normal restaurant. There are 10 or so drinks, at least one from each major spirit category: vodka, gin, rum, tequila or mezcal, bourbon or scotch. Produce is muddled or juiced. There’s a citrus for acid and a syrup to balance. Perhaps there’s a liqueur you’ve never heard of but have been assured is “really good.” They’re served cold, in glass, usually with a fruit wedge or peel. It’s familiar and comfortable and casts the widest possible net. Some lists are better than others, but in terms of architecture, they’re all pretty much the same.

Why should a paean to gastronomy that offers a three-hour multicourse, mind-expanding sensory experience follow that structure? If the guest asks for a martini, make them a martini—but the cocktail menu itself is an opportunity to showcase an inspired vision. When you consider the fearsome arsenal of creative firepower at their disposal, bartenders in such venues should be enlarging what’s possible with drinks in the same way the chefs do with the cuisine. If all a fine-dining bar achieves is to make a blackberry lemon drop with Grey Goose instead of Svedka, it’s a disservice to everyone involved.

I agree, for example, that Luxardo cherries are delicious, but they’re also everywhere. I refuse to believe these culinary wizards can’t produce something better, more bespoke, with more of a story. Gourmet dining is uniquely positioned to upgrade the cocktail experience: Those kitchens already have all the cool tools and premium raw ingredients. Bartenders can use the scraps from the kitchen’s incredible produce to make syrups. They can use the Cryovac to infuse solids for garnishes, employ the sous vide wand for challenging infusions like peanut butter or cacao nibs, or consider the liquid nitrogen to muddle troublesome herbs.

We don’t want to hear about how all the tableware was custom made by a team of monastic local artisans if you’re using the same Libbey glassware as every other bar in the country. In fact, you don’t need to use a glass at all. Please show us something special. Isn’t that the whole point?