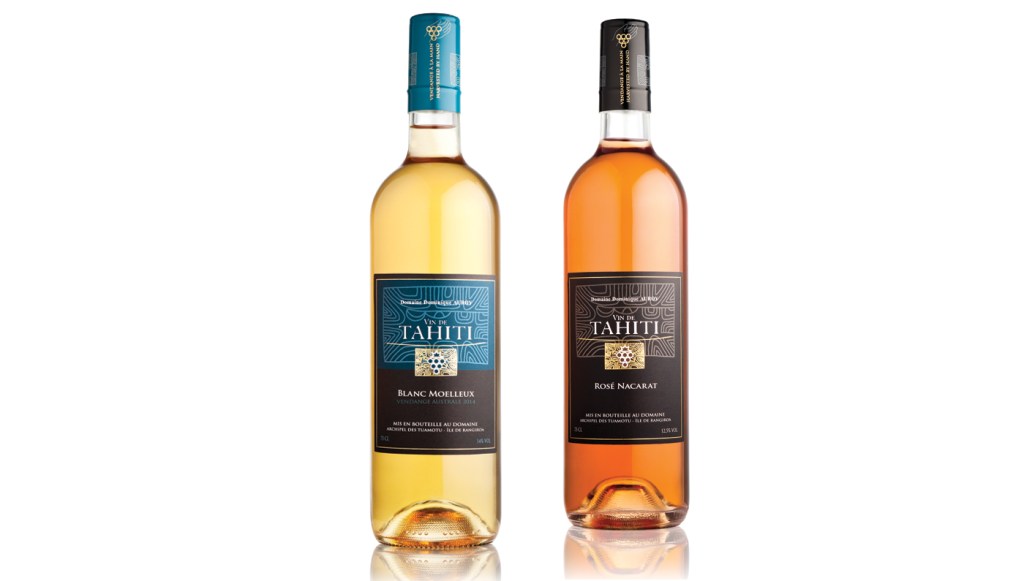 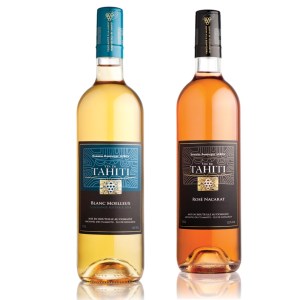 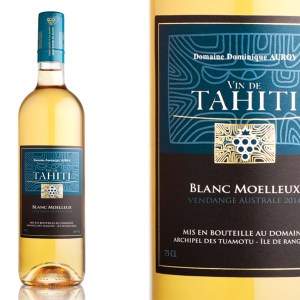 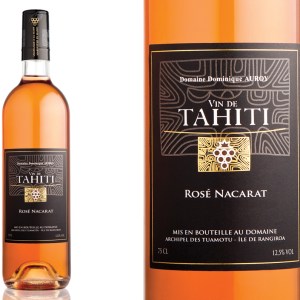 In a world overrun with imitations and spin-offs, uniqueness remains a rare commodity. That phrase, however, aptly describes Vin de Tahiti, which claims to be the world’s only vineyard and winery located on a coral atoll. A few minutes by motorboat from Rangiroa’s main town, Avatoru, the vineyards planted in 1997 by Dominique Auroy are possibly the most unusual to be found anywhere. One of the largest atolls on Earth, Rangiroa comprises 415 small islands that surround a clear blue lagoon with a surface area of 558 square miles. Auroy and his team experimented with more than 100 different types of grapes on five of the islands before settling on the present location and planting it with the Grenache, Carignan, Muscat de Hamburg, and Italia varieties.

The vines are being cultivated on a motu, or islet, surrounded by lush vegetation and sandy beaches. Although most wine lovers’ eyes glaze over when talk turns to soil types, the notion of vines growing directly in coral atop the rim of a volcano seldom fails to capture interest. This coral-topped volcanic soil nurtures the grapes and helps to give the wine its rich flavor and strong minerality.

Despite his proximity to the alluring Pacific Ocean and a lagoon that offers some of the best scuba diving anywhere, winemaker Sébastien Thépénier, a native of Burgundy, may be the hardest-working person in the business. The tropical climate produces a grape harvest every five months, so Thépénier has experienced 31 harvests in only 14 years. Although the lifestyle of the region initially persuaded him to relocate, he was also eager to take on the challenge of making wine in such an unorthodox location. “When I arrived here, there were only 3 hectares [7.4 acres] planted,” he says, “but you could hardly call it a vineyard. It looked like a field of bonsai. Now we have twice as many plants, and they look like grapevines.”

Friends thought Thépénier was crazy to leave France and move to the South Pacific, but he has the satisfied air of a man who knows he made the right choice. He lives with his young son in a beachfront house near the winery and is one of the few winemakers anywhere who need a boat to visit their vines.

Most of the winery’s production is sold throughout the South Pacific, including at the local Four Seasons resort and at Millésime, a wine shop in Papeete. However, Thépénier exports some cases to Paris, where the wines are available in retail shops and restaurants. Vin de Tahiti represents one of the few instances in which rarity does not carry a high price tag: Its bottles sell for as little as 2,390 French Pacific francs—about $22. Two whites, Clos du Récif and Blanc de Corail, and the pink-hued Rosé Nacarat are more than novelties, offering restrained fruit flavors and delicate finishes with the stylistic stamp of Burgundy. The current vintage, 2014, is a blend of wine harvested and produced in May and December.

Having increased his output from 400 bottles per year in 2002 to the current 35,000, Thépénier is ready for the next phase of his enterprise’s development—though he is hardly forthcoming with respect to details. “There is something very big on the horizon,” he says with a sly smile. Considering that Rangiroa means “the island of the immense sky” in the local language, we take this to be exciting news, indeed.